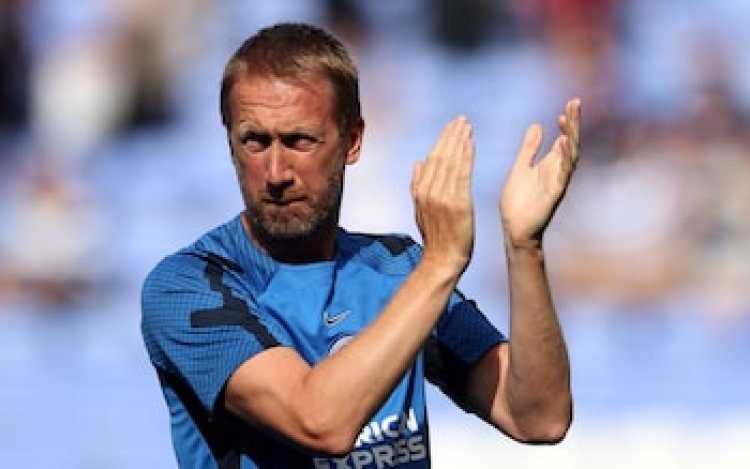 Chelsea’s new US owners are understood to have met a release fee in the Brighton boss’s contract, with his club allowing the Blues to talk to their manager.

The former Swansea City and Ostersunds coach is expected to have his Chelsea deal finalised in time for him to take charge of Saturday’s Premier League trip to Fulham.

Chelsea are understood to have made initial contact with former Tottenham manager, Mauricio Pochettino and Sporting Lisbon boss, Ruben Amorim, as well as considering Zinedine Zidane and Leicester’s Brendan Rodgers.

Potter was reportedly at Brighton’s training ground on Thursday.

The 47-year-old, who has been touted as a future England manager, has won many admirers for his attractive playing style and has Brighton sitting fourth in the early Premier League table despite operating on a limited budget.

Tuchel was axed by Chelsea on Wednesday after a third defeat in just seven matches this season.

Reports said the German’s relationships with his players had deteriorated and there were tensions with the Stamford Bridge owners.

Chelsea, bought by Todd Boehly’s consortium in late May, defended the timing of the decision, which is understood to have been agreed before the shock 1-0 loss at Dinamo Zagreb in their Champions League group stage opener on Tuesday.

Chelsea are sixth in the Premier League after six matches, three points adrift of the top four and five behind leaders Arsenal. (AFP)

‘It Would Be A Surprise If Chelsea Had Any Kit To Play...

Ronaldo Pinpoints What Man Utd Need To Win Title After...