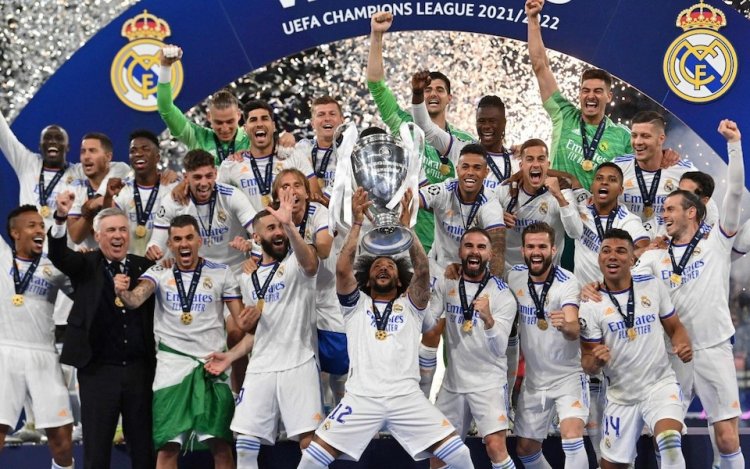 Brazilian winger Vinicius turned in Fede Valverde’s enticing low cross in the 59th minute at the Stade de France and Liverpool could not find an equaliser as Jurgen Klopp’s side lost to the Spanish giants in a Champions League final for the second time in five seasons.

The Anfield side will wonder what might have been had the outstanding Thibaut Courtois not pushed Sadio Mane’s shot onto the inside of a post when they were on top in the first half, as they fell short of a trophy treble.

Winners of the English League Cup and FA Cup this season, they just missed out to Manchester City for the Premier League title and were denied a victory here which would have put them level with AC Milan on seven European Cups.

Instead Real have a fifth Champions League in nine seasons to go with their Spanish title, as Carlo Ancelotti becomes the first coach to win European club football’s greatest prize for a fourth time.

Ancelotti was also in charge of Real when they won the 2014 final having also triumphed with AC Milan in 2003 and in 2007, the latter victory coming against Liverpool.

2023: ‘You will never be president, Igbos will reject you’ – Ohanaeze hits Atiku

Now ex-Barça GM, Bordas explains why the club refused to...

Tuchel after defeat to Real Madrid: “Is the tie still alive?...