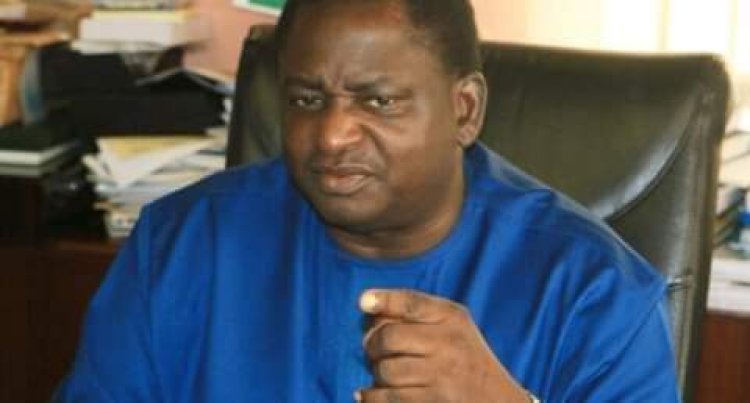 The IPOB leader, who is facing charges bordering on treasonable felony, jumped bail in 2017.

The senate minority leader was one of those who stood as surety for him before he was granted bail.

Kanu was rearrested in June after he was lured with “cash donation” — after being on the run for some years.

In an article entitled, ‘Weighty Matters About Our Country’, on Friday, Adesina said the senator stood as surety for Kanu who was bent on dismembering the country.

“There is one funny senator who talks about the mismanagement of our diversity as a country, yet he daily uses foul language against those in leadership,” he said.

“He stood surety for someone bent on dismemberment of the country, and when that one vanished, he should have been cooling his feet in prison, the senator still spews rubbish.”

The presidential spokesman said Nigeria is on its way to becoming a great country under the Buhari administration.

“Many presidents have said it. Shehu Shagari. Olusegun Obasanjo. Umaru Yar’Adua. Goodluck Jonathan. But here we are today, still just a country with potential,” he said.

“But I tell you, under Muhammadu Buhari, those inherent capacities and capabilities are being unearthed, utilized, and we are on our way there. It’s just to stay focused, and we’ll get to our Canaan, flowing with milk and honey.”