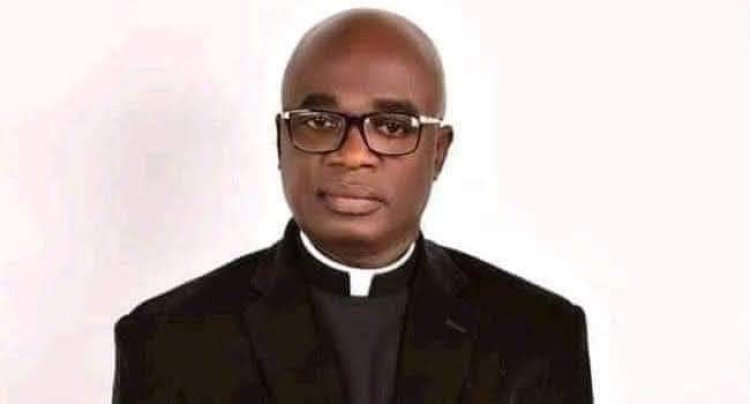 The social media has been awashed with several unverified reports as to the identities of pastors, priests and bishops who attended the All Progressives Congress’ (APC) unveiling of Senator Kashim Shettima as running mate to its presidential candidate, Asiwaju Bola Tinubu on Wednesday in Abuja. The presence of the clerics seemed to have overshadowed the main event as people, especially the Christian folks read meaning to the whole scenario.

The Christian Association of Nigeria (CAN) has been crying foul since Tinubu declared Shettima as his running mate and has attended to play up religious card, calling on its members not to vote any party running on a Muslim-Muslim ticket. Likewise, the Pentecostal Fellowship of Nigeria (PFN) towed the same line with CAN.

There has been tension in the land over the supposed vexed issue. No amount of explanation from the Tinubu’s camp could calm the agitation. The line seems to have been drawn as 2023 presidency is purely going to tow the line of ethnicity and religion.

To the Christian community’s consternation, bishops and pastors were seen at Tinubu’s unveiling of Shettima as running mate, then anger spreads in the land.

CAN issued a statement disowning the clerics at the event, saying they were fake. The body said they were hired mechanics and artisans by the APC with robes on them to give the impression that they were bishops and pastors.

The Vice President of CAN (19 Northern States and Abuja) and chairman in Kaduna State, Rev. Joseph John Hayab, said Tinubu, was free to “hire mechanics and other artisans and sew clerical garments for them.”

He said, “The people we saw at the unveiling of Shettima paraded as Bishops are people who did not have enough time to learn how to wear Bishop garments. Take a closer look at their photo and you will see another Nollywood movie.

“BAT is free to hire mechanics and other artisans and sew clerical garments for them. An effort that will only add to their many ropes when the political exercise is over but will not change the need for fairness and justice that CAN is calling for.”

With these words, the social media was awashed with all kinds of stories that the cleric at the event were fake, that they were mechanics and artisans.

The insinuation that the cleric who attended the unveiling of Shettima were fake was first propounded by CAN to discredit the attendees and consolidate its position that no Christian should vote for a Muslim-Muslim ticket.

Some of the bishops who attended the event have come up to disclose their identities, showing that they were not fake.

For instance, one of the purported fake Bishop Kamoru from Lagos, according to Twitter, is actually a real cleric from Peace Chapel Mararaba. Photo has emerged where he was seen conducting a wedding in the church and some of his members have come up to say that they knew him personally.

Reverend Father Hyacinth Alia, of Gkoko Catholic Diocese Benue State was also among the cleric CAN called fake. He is also the APC Governorship candidate in Benue.

Another cleric, Pastor Prince Ugokwe, who was called fake was also at the event. Ugokwe has made his identity known that he is truly a pastor and not fake. Right now the identities of all clerics who attended the event were known.

Verdict: CAN lied when it said that the bishops and pastors who attended unveiling of Shettima as Tinubu’s running mate were fake, mechanics and artisans. Findings have shown that they were truly pastors and bishops with known identities.