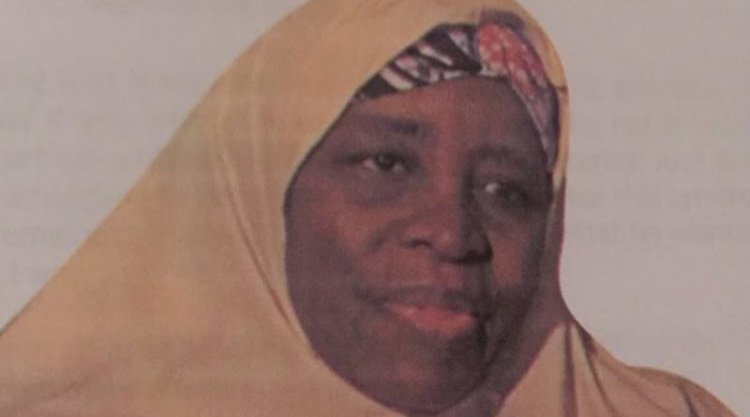 Dr. Halima Yalwa Adamu is a renowned Pediatrician and distinguished Abusite from Katsina State, who is believed to be the first female medical Doctor from the Core Northern Nigeria.

She was inaugurated alongside 26 eminent Nigerians as national advocates for health in November 2017 by the then Minister of Health, Professor Isaac Adewole.

The advocates are a group of eminent Nigerians identified by the Federal Ministry of Health and Health Policy Plus (HP+) project which is funded by USAID and implemented by a consortium led by Palladium on relevant knowledge and skills in April 2017 to engage key stakeholders in the public and private sectors towards improving access to quality, affordable and safe family planning services in Nigeria

Dr (Mrs.) Halima Yalwa Adamu is Married to Alhaji Lawal Abdulmumuni Adamu since 1975 with children. Her hobbies include reading, listening to the radio/watching television, live drama, and football, caring for children and the age, writing and discussing health matters, traveling.