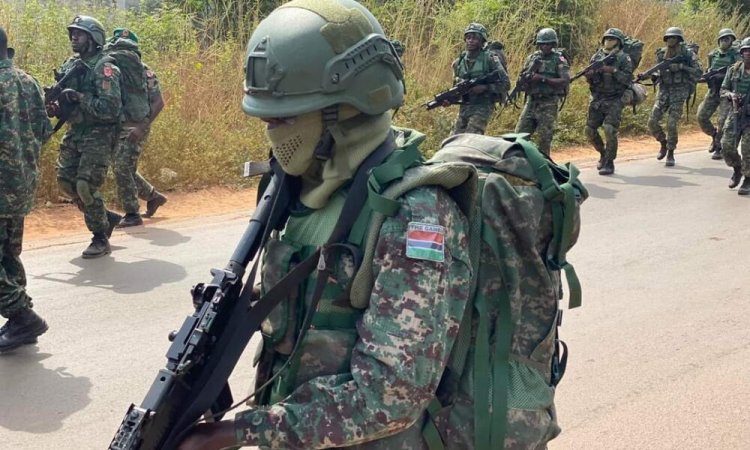 Banjul, The Gambia — The Gambia Government announces that based on intelligence reports that some soldiers of the Gambian army were plotting to overthrow the democratically elected Government of President Adama Barrow, the GAF High Command in a swift military operation conducted yesterday, arrested four soldiers linked to this alleged coup plot.

Those arrested are: Lance Corporal Sanna Fadera from the Gambia Navy as the alleged ring leader of the plot; Corporal Mbarra Touray from 1st Infantry Battalion, Yundum Barracks; Corporal Ebrahima Sanno from the Military Police who is currently on study leave and Sergeant Gibril Darboe from The Gambia Navy. The apprehended soldiers are currently helping the Military Police with their investigations.

Meanwhile, alleged soldiers involved in the plot either being pursued or on the run are: Corporal Njie B from the State Guards Battalion; Warrant Officer Class 2 Jadama from The Gambia Navy and one Badjie from The Gambia Navy. First names of Jadama and Badjie are yet to be established.

Investigations into this matter are continuing and members of the public would be accordingly informed of any developments as the situation unfolds.

Citizens, residents and members of the Diplomatic and Consular Corps are urged to carry on with their normal activities as the situation is under total control and there is no need to panic.