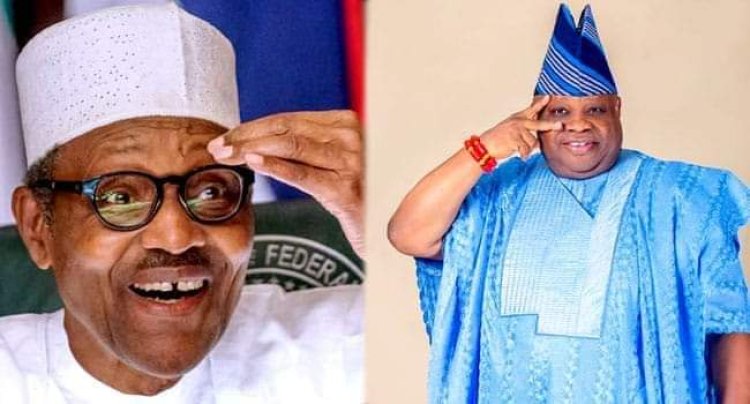 President Muhammadu Buhari on Sunday congratulated the governor-elect of Osun State, Senator Ademola Adeleke, following the victory of the candidate of the Peoples Democratic Party (PDP) in the just-concluded election.

Adeleke had stunned the incumbent governor, Gboyega Oyetola, to win the election, reversing the outcome of a matchup between both men in 2018.

Hours after the Independent National Electoral Commission (INEC) announced the outcome of the poll, the President stated that the will of the electorate must always prevail.

“With the election over, the President expresses the conviction that the people of Osun have expressed their will through the ballot, and the will of the people must always matter and be respected in a democracy,” President Buhari’s Special Adviser on Media and Publicity, Femi Adesina, said in a statement on Sunday in Abuja.

“President Buhari notes that the successful conduct of the election is further testimony to the maturity and commitment of all stakeholders – the electoral body, security agencies, political parties, the media, civil society, and the electorate – to further strengthen the integrity of the electoral process in the country.

“The President reassures the nation that the commitment of this administration towards having credible elections remains unshaken.”

In the last governorship election held in 2018, it was a tough contest as the APC flagbearer had to win a supplementary election before he was returned elected.

Following the initial poll held that year, Oyetola trailed Adeleke who had led by 353 votes going into the supplementary election which held in seven polling units.

The votes garnered in the supplementary poll would later help the incumbent governor to overturn the deficit and put him ahead of his PDP counterpart, leading to his emergence as the winner of the keenly contested election.

According to the final votes announced by the electoral umpire that year, Oyetola polled 255,505 votes while Adeleke scored 255,023 votes – a difference of 482 votes.