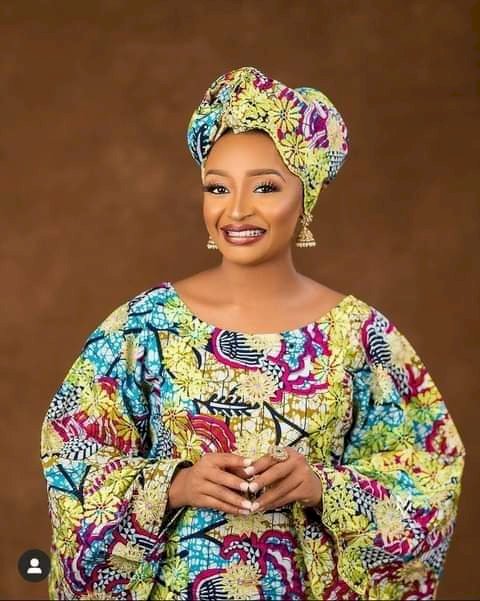 Each of the stories have gone viral for its uniqueness, the feat the person in the news achieved, the spirit exhibited, or controversy the story generated.

The story of the first Nigerian female flight officer, Tolulope Arotile, is one of the stories of Nigerian women of distinction that made hot headlines in the year 2020 after her exploit at bandits camps in the north central.

Arotile was, however, killed by her friend who mistakenly hit her with his vehicle.

The news of the death of the 20-year-old courageous female flight officer shook many Nigerians to the marrow.

Arotile was described as courageous, patriotic, nationalist and a role model for Nigerian youth especially females.

The story of the Kannywood actress, Rahama Saudau, dominated the discussion on the various social media platforms following the controversies the saucy pictures she had posted on the social media generated, which led to a blasphemous comment on the person of prophet Muahammed (S.A.W).

The actress received verbal roasting from Muslim faithful following the blasphemous comment, which forced her to apologize.

The issue went to the climax as the Inspector General of Police, Mohammed Adamu, ordered for actions, as the force received a petition against the actress by one Malam Lawal Muh’d Gusau.

Rahama Sadau is the most searched about female northern Nigerian on Google in the year 2020, according to a survey.

Many people attributed this to the controversies the saucy pictures she posted had generated.

One of the conveners of #BringBackOurGirls, A’ishatu Yesufu, came to the limelight once more during the #EndSARS protest.

Her story streamed the social media especially as her picture appeared during the protest clad in a Hijab that almost swept the ground upon which she stood, with her right hand punching the air and the other akimbo.

Composite reactions greeted her action. While some people cheered her action, others berated her, saying she was being used by some vested interests to destroy the north.

Disturbed by the accusation and the harsh criticism, she wrote on her twitter handle one Friday, “Heard I am being cursed in mosques.”

The story that security guards opened fire in the presidential villa following an altercation between one of the president’s aides, Sabiu Tunde, and the First Lady, A’isha Buhari, was one of the stories that made hot headlines in the year 2020.

The First Lady flew off the handle when Tunde declined her request to isolate himself after a trip from Lagos State at the time the Coronavirus pandemic was raging on.

As the security guards at the presidential villa opened fire in the air, the first of its kind, Tunde was said to have scaled a tall fence and ran for dear life.

A’isha Buhari surfaced once more when she created the harshtag #AceciJama’a and #ArewaMuFarca (roughly translated “let save the people” and “wake up north).

A nude video of Maryam Booth, a Kannywood actress, raised enormous dust on the social media too.

Booth accused her ex-lover Deezel of publishing the video, which she said was recorded many years back, with the intention of tarnishing her image.

Deezel had since countered the allegation, saying he had no gain in doing that.

Booth and Deezel were once in love.

The marriage “saga” between the Minister of Humanitarian Affairs, Disaster Management and Social Development, Sadiya Umar Farouq and the Chief of Air Staff, Air Marshal Sadique Abubakar hit the news.

This saga came after the dust of an earlier fake marriage between President Buhari and the Humanitarian Minister had died down.

The story claimed that the knot was tied secretly at a mosque in Maitama, Abuja, a gossip the Air Marshal vehemently dismissed.

The daughter of a former EFCC boss, Nuhu Ribadu, Fatima Ribadu, was accused of appearing in a see-through gown during the dinner of her wedding.

Fatima married the son of a former Vice President, Atiku Abubakar, sometime in 2020.

“My under dress which was brownish was mistaken for my skin and exposing my body. I will never do such.

“However, I accept the responsibility for causing my family and well-wishers this dismay and will learn from this going forward,” a note she shared on Instagram says.

That a Federal High Court in the Federal Capital Territory delivered a death sentence by hanging on Maryam Sanda was of great interest to the public.

The news kept news buffs on their toes as it continued to rule the cover page.

Sanda was accused of stabbing her husband, Bilyaminu, with a kitchen knife to death.

Mixed reactions trailed the judgment delivered on the nursing mother, who broke in tears upon hearing the judgment.

The embattled nursing mother had appealed the judgment, which was later upheld by the Appeal Court.

The former Nigeria’s minister for Finance forged her way to the headlines by running for the chairmanship of the World Trade Organisation (WTO).

Okonj-Iweala was leading when the processes of appointing a new head for the organisation reached its final phase.

President Mohammadu Buhari assured the former minister that his administration would do everything within its power to make sure she gets over the line.

The use of the presidential jet for a private mission earned Hanan Buahri verbal spankings on the social media.

The presidency later came in defense of her action, saying the family of the president has the right to use presidential jets.

The president’s spokesperson, Garba Shehu, said: “It wasn’t an impromptu or improper trip because it followed normal procedure.

“The normal practice in existence for a long time is that the Presidential Air fleet is available to the President and the first family and four others.

“These four are the Vice President, the Senate President the Speaker and any other person(s) authorised by the President.”