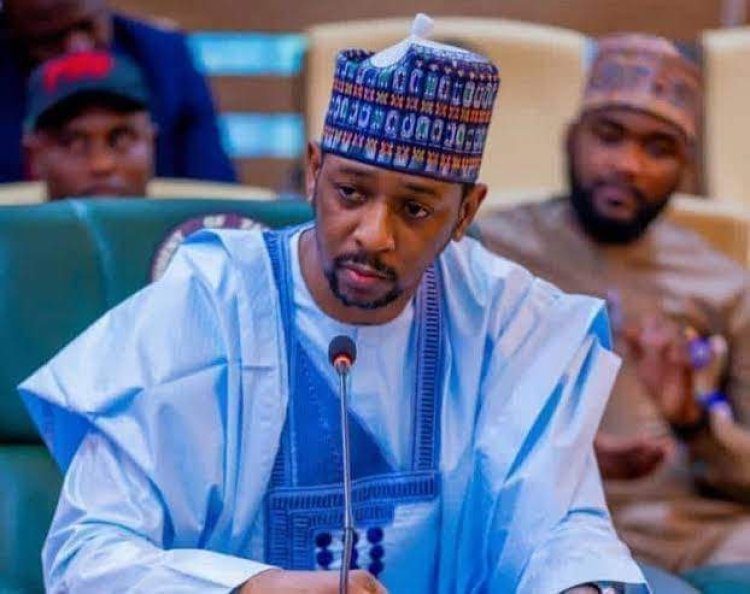 Lawmakers in the Zamfara State House of Assembly have impeached the Deputy Governor of the state, Mr Mahdi Aliyu Gusau.

Mr Gusau was impeached during plenary on Wednesday shortly after the House received the report of the committee set up by the Chief Judge of the state, Justice Kulu Aliyu, to investigate the allegations against him.

The seven-member panel set up to investigate the alleged impeachable offences against the deputy governor, led by Retired Justice Halidu Soba, had submitted its report to the State House of Assembly.

Speaker of the House, Nasiru Mua’zu, received the report presented by Justice Soba at the Assembly complex in Gusau, the state capital.

A member of the panel, Oladipo Okpeseyi, had told the Speaker that the committee carried out its assignment with the utmost integrity.

According to him, the panel is not empowered by the Nigerian Constitution to speak about its report or make it available to any person.

Okpeseyi, a Senior Advocate of Nigeria (SAN), said the probe panel only produced two copies of the report and has visited the assembly complex to present the report to the speaker.

In his remarks, Mua’zu promised to treat the report in accordance with the 1999 Constitution of the Federal Republic of Nigeria (as amended).

We reported that 18 members of the Zamfara State House of Assembly unanimously resolved to direct the Chief Judge of the state, Justice Kulu Aliyu, to set up a panel to probe the allegations against Mr Gusau during an extraordinary plenary held on February 10.

While setting up the team, Justice Aliyu said she received a letter dated February 10, 2022, from the Speaker of the Assembly, requesting the constitution of the probe panel.

Among the allegations levelled against the deputy governor were a breach of the Constitution, gross misconduct, financial fraud, and abuse of office.

The panel commenced its sitting on Monday and ended the proceedings the next day. But the embattled deputy governor, who was the respondent, was absent.