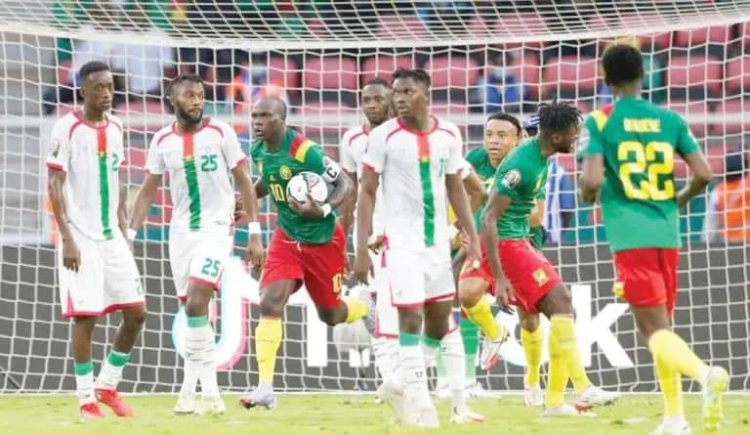 Kamou Malo, Coach of Burkina Faso, says his team is physically and mentally ready ahead of their Africa Cup of Nations (AFCON) third-place match against hosts Cameroon.

The Stallions of Burkina will do battle against the Indomitable Lions for the consolation prize of a podium finish at the Ahmadou Ahidjo Stadium, Yaoundé on Saturday from 8 p.m.

Malo, speaking at a pre-match press conference, said his team had remobilised after their 1-3 loss to Senegal in the semifinals, adding that the Stallions were now in the best of conditions ahead of the third-place match.

“It is true that we are disappointed following our elimination in the semifinals, but we have to prepare ourselves properly to play this match for third place in the best conditions.

“We have to remobilise now. We are physically and mentally ready to play our game,” he said.

Bertrand Traore, Captain of Burkina Faso, noted that the team was worn out but would still try to put in their best to ensure victory against Cameroon.

“We are obviously down after our elimination, but we have to remobilise to get the bronze medal.

“At this level of the competition, we feel tired but we will do everything to have a good match and end the tournament on a good note,” he said.

Coach Malo’s side hopes to finish the tournament on a good note and finish in a third-place like they did in their last appearance in Gabon 2017.

Burkina Faso will also seek revenge against the Indomitable Lions, who won the tournament’s opener 2-1 last month during the group stage.

The Burkinabe can celebrate an exceptional tournament after reaching the semifinals, but they remain unsatisfied as they were dreaming of a maiden AFCON trophy.

However, a place on the podium might be a consolation. (NAN)