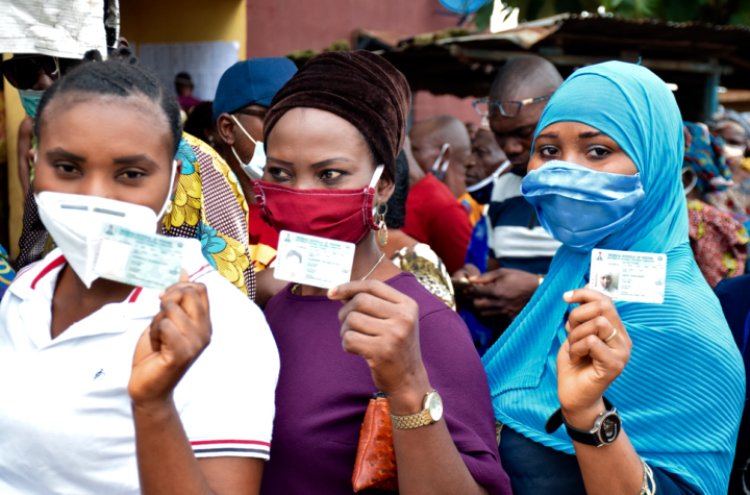 In Nigeria’s politics, the north is indispensable – and it has always been. By the contrivance of kismet, the north has always held all the aces as the repository of political power since independence. And I say it is divine.

In the 1959 general election, the north showed its strength. The Northern People’s Congress (NPC) won 134 seats in parliament (the highest number of seats). Although it polled 1,922,179 votes, it entered into an entente with the National Council of Nigeria and the Cameroons (NCNC) which won 81 parliamentary seats and polled 2,594,577 votes.

Even at that time, there was the fear that the north owing to its size and number could rule in perpetuity if the principle of popular representation was exclusively applied in selecting leaders. So, it made sense that there was a modification to the rule such that one political party could not single-handed form a government. COALITION POLITICS was devised to allay fears and attenuate the suspicion of ethnic domination.

But I think, the framers of the constitution envisaged a situation where votes from only one section of the country are enough to make anyone president — which could engender sectional hegemony; so they introduced the ‘’2/3 majority vote rule’’. That is, ‘’a (presidential) candidate must receive a majority of the vote and over 25% of the vote in at least 24 of the 36 states’’ to be declared president. This is to ensure sufficient geographical spread and mainstream approval of any candidate.

The reason for the north’s obvious advantage is not only because of its robust population, but also because the citizenry are more attuned to national politics than those down south. The average northern Nigerian will not mind leaving his business to join a long chain of people seeking to register for the permanent voter card. He will not mind standing in the rain or in the sun all day to cast his vote.

Citizens up north vote collectively as a bloc and do not dilly-dally about their choices. They are either for or against you. They do not quiver or vacillate.

The north has always played the deciding role in elections; any candidate the region aligns with is most likely to win. From former President Olusegun Obasanjo, former President Goodluck Jonathan to President Muhammadu Buhari – they all had the backing of the north to win.

In 2023 when the south is expected to produce Nigeria’s president, the electoral decision of the north is even more paramount. Whoever the region fancies will win. Or rather, whoever assuages the feelings; allays the fears and plays to the sentiments of the north will become president.

Reasonably, some presidential aspirants have made the north the centrepiece of their campaign. For instance, political mobilisation for Bola Tinubu’s presidential bid began in Kano. 2500 Islamic clerics were pulled from across Kano and assembled to pray for Tinubu. Ludicrous as this may seem, it was a strategic move. The north is a conservative region and the primacy of religion is indisputable. The citizens hold religious leaders in high esteem; so they (the clerics) are the best marketers of any candidate.

Vice-President Yemi Osinbajo who is rumoured to be running for president began is political marshalling from Kano as well. And like Tinubu, Osinbajo has been paying frequent visits to Kano, delivering lectures and meeting political stakeholders. Other aspirants, groups, including Ohanaeze Ndi Igbo which is pushing for a president of Igbo extraction in 2023, have also started courting the north.

I do not think the north is angling to retain political power in 2023. But I do think the region will support any candidate it believes will protect its interest. The north is the battleground of the 2023 presidential election.

As I said earlier, this beautiful bride; the north, will give her heart to that suitor who plays to her sentiments and with whom her interest is assured and protected.

The north will determine Nigeria’s president in 2023.

Fredrick Nwabufo; Nwabufo aka Mr OneNigeria is a writer and journalist.