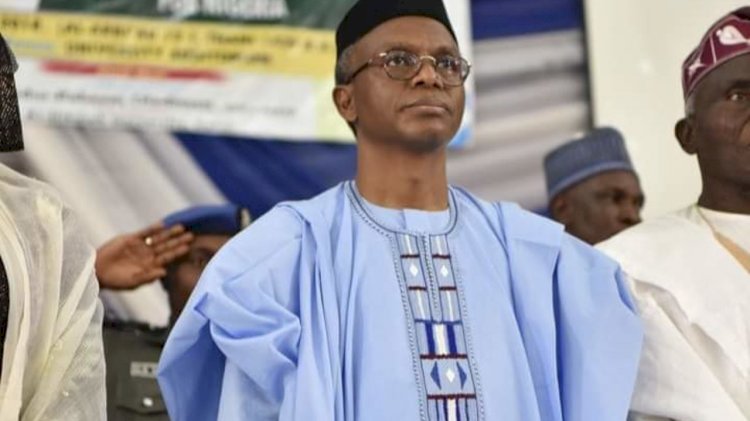 Amid reports that the United States Government has placed a visa restriction on Kaduna State Governor, Nasir el-Rufai, at least 7,000 people have signed a petition calling on the United Kingdom and the European Union to follow suit.
The petition, which was initiated by a former Presidential aide, Reno Omokri, on Tuesday, was addressed to the UK Parliament, the UK Prime Minister, Boris Johnson; Council of the European Union and the European Parliament.
Checks, on the site Change.Org showed that the petition had hit 7,000 as of 11.15 am on Wednesday.
Omokri, who initiated the petition, accused el-Rufai of being a threat to the peace and security of Nigeria for many reasons. He noted that on December 3, 2016, the governor admitted that he paid herdsmen who had been accused of killing several persons.
“Since that admission, there has been an intense escalation of the killings of mostly Christians in Kaduna, and on August 25, 2020, suspected herdsmen abducted seven school children and their teacher from Prince Academy, in Kaduna. They have not been seen or heard of since then,” Omokri said.
Omokri, who was a social media aide to former President Goodluck Jonathan, said el-Rufai on January 27, 2013, insulted Jesus Christ on Twitter.
The petition further read, “On February 6, 2019, he threatened foreign observers, including observers from the EU and UK with death, warning that they would return in body bags should they intervene in Nigeria.
“On July 15, 2012, Nasir El-Rufai said, and I quote ‘We will write this for all to read. Anyone, soldier or not that kills the Fulani takes a loan repayable one day no matter how long it takes.’ This threat has been carried out in Southern Kaduna where there is an ongoing genocide of Christians under el-Rufai’s watch.”
Omokri said on August 23, 2019, the governor charged the Anglican Bishop of Zaria province of Kaduna, Abiodun Ogunyemi, for defamation.
“On April 24, 2019, another of his sons, Bashir el-Rufai, described the pogrom against Igbos as sweet.
“It is for this reason that Nigerian citizens call on the government of the United Kingdom and the European Union Presidency to follow the lead of the United States and place a visa ban on Nasir El-Rufai, who is scheming to become Nigeria’s President, to prevent a Rwandan style genocide in Nigeria,” he said.
Attempts to get a response from the governor’s office proved abortive as his Spokesman, Mr. Muyiwa Adekeye, rejected calls and had yet to respond to a text message as of the time of filing this report.
The Nigerian Bar Association had last month invited el-Rufai to speak at its Annual General Conference but the NBA later withdrew the invitation amid several petitions.
The governor has been accused of mismanaging the diversity of Kaduna State which has led to the killings of hundreds of persons mostly in Southern Kaduna.
He was also accused of human rights abuse including ensuring the prolonged and illegal detention of government critics.