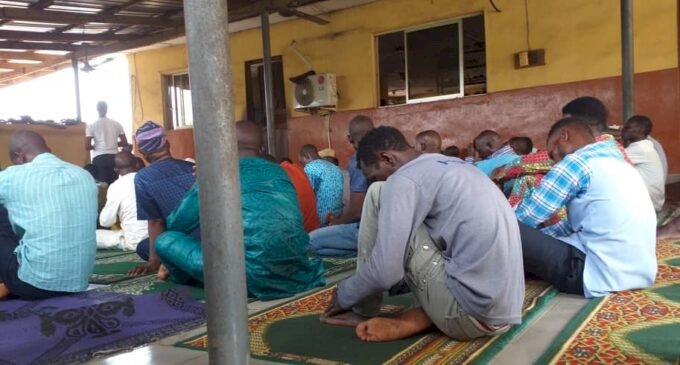 The South East Muslim Organisation of Nigeria (SEMON) and the Igbo Muslim Forum have accused Ohanaeze Ndigbo and south-eastern governors of being silent on the alleged killing of Igbo Muslims.

SEMON said Muslims and mosques were deliberately targeted by the Independent People Of Biafra (IPOB) during the #EndSARS protests.

They said there is a deliberate attempt to hound Muslims from the south-east into silence.

“The ENDSARS protest may have subsided but the aftermath carnage is still being counted by south-eastern Muslim communities. From the lynching and massacre meted on the Muslims of Oyigbo in Port Harcourt, Onitsha, Aba and Orlu in Imo state, to the wanton destruction of Mosques and properties by purported IPOB hoodlums,” the statement read.

“And most interestingly is the religious motivated destruction of 2 Mosques in Nssuka weeks after the ENDSARS agitations.

“It is difficult living as a Muslim in the eastern Nigeria. The number of violent attacks targeted at Muslims in the region on daily basis is on the increase. Muslims of Igbo extraction are being killed and their properties destroyed for no other reason than they choose to be Muslims, guaranteed by the freedom of religion enshrined in the Nigerian Constitution.

“Islam has existed in Igboland since the early 19th century it first appeared in the region. It has peacefully been propagated and boasts of occupying the second largest and widely accepted religion in the present Ala igbo. From inception till date, Islam and Muslims of Ala-Igbo have maintained peaceful co-existence and its presence have not endangered the well being of Ndi-Igbo.

“The political elites that profit from unrests are tacitly fanning the embers of this violence. They are quiet and sometimes pay lip services to the little news that escapes to the media. We expected statesmen like Femi Fani Kayode to lend us his voice, being a supporter of IPOB. Today we hear Governors X, Y, Z promising to rebuild the mosques. When asked after six months, the story turns to “we are on it. How would they be on issue they are part of the planners? Aren’t they the ones covertly giving the orders?”

They also accused the Christian Association of Nigeria (CAN) of being complicit by its silence in not calling to order religious leaders who through their sermons, were subtly instigating attacks on Igbo Muslims.

They demanded the proscription of IPOB by other eastern state governors just like Nyesom Wike, governor of Rivers, did and manhunt for Nnamdi Kalu, leader of IPOB.

They are also demanding adequate compensation for families of Igbo Muslims killed, constitution of a reconciliation panel, public apology from religious leaders and bodies among others.