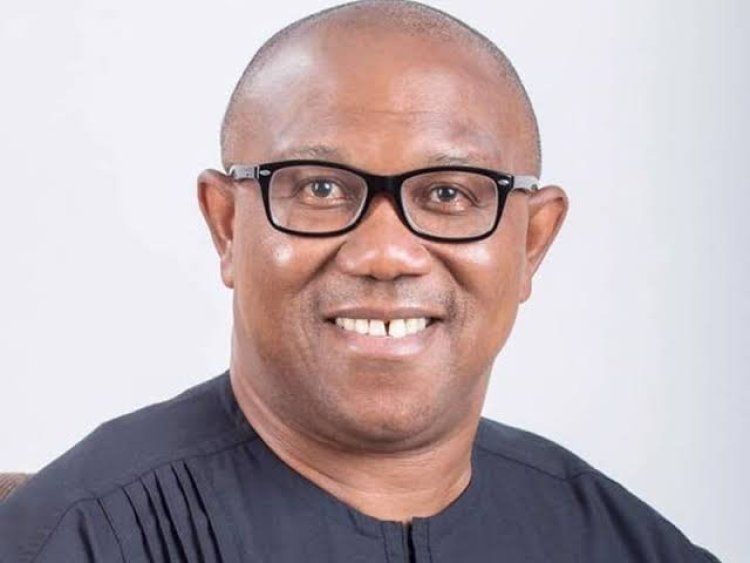 Speaking at the Inauguration Ceremony of the Federal Capital Territory (FCT) chapter of PONSG in Abuja on Saturday, Ambassador Enyia said no Nigerian is in doubt that the supporters of Obi have taken over the Social media.

He added that they were now moving to the grassroots, to the rural dwellers to mobilize them for the task ahead.

The Coordinator told the FCT Executives and supporters alike that they were previously in the Peoples Democratic Party (PDP) but had to join Obi “because he is the symbol of change” that Nigerians wants, saying that the grassroots just like the Social media will soon feel the impact of the Obi campaign.

He also lampooned those that said the LP has no structure, saying “the structure of Labour party are unemployed youths, Nigerians who are hungry and tired of this administration are our structure.

” Nigerians are really tired about the status quo and wants things changes. Many people that ordinarily will not be interested in politics are joining us. We have the North East Academic community, the South South Academic community and all these people are part of our support group.

“We are moving to the grassroots, that is our next assignment, we have captured the social media, you know the middle class, the working class Nigerians are all Obi-Dient.

” We are now targeting the rural dwellers that is where we are moving to. Some people in the villages don’t understand how to differentiate between the party logos, that is our assignment now and we will succeed by the grace of God.”

He also called on other Nigerians to join the support group,” as we work for Obi, let us look at the situation in the country, the battered economy, hunger, poverty, insecurity and the free fall of the Naira, as we do that it will ginger us to work for Obi, because we believe he has what it takes to change the situation of things.

On his part, the chairman of the ceremony Dr Chris Chukwukamuo stated that the youths are ready to take over the country now. The youths can no longer wait to be leaders of tomorrow.

“The PVC is very important, youths should disregard those that said their votes don’t count. Votes do count, that is why the other parties buy votes. Vote buying thrives Because politicians believe and know that votes count.” he said.

Buhari: I Will Leave No Stone Unturned To Ensure Bandits, Terrorists Are Finally...