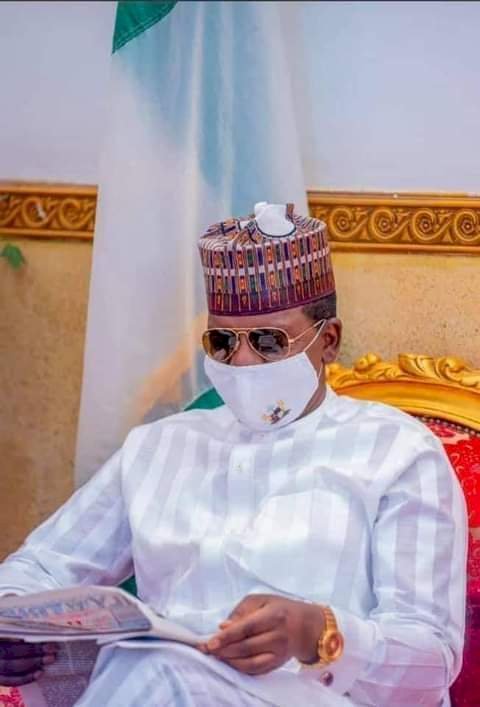 AMIDST growing wave of kidnapping and other criminal activities across the land, Governor Muhammad Matawalle of Zamfara State has suggested that the only option left for governors of the affected states is to engage the bandits and kidnappers in dialogue for everlasting peace.

He said: “Only recently such dialogue with the kidnappers in Zamfawa State led to the denouncing of kidnapping by six kingpins and the surrender of about 42 assorted rifles and over 6000 arms and ammunition.”
Mutawalle, who spoke in Yola while on a working visit to Adamawa State said he will continue to encourage the use of dialogue to achieve the much needed peace in the state arising from the menace of kidnappers and bandits.
Mutawalle who spoke in Kuva-Gaya of Hong local council while commissioning phase two rural roads of the 347.6 kilometres rural access roads and river crossings traversing the 21 councils in the state, applauded the developmental strides recorded by his colleague, Governor Ahmadu Fintiri. He said: “I have been saying the best solution and option to tackle banditry is to seek for dialogue with bandits.

“If really we want to end banditry, we have to sit on a round table and negotiate because through dialogue and reconciliation we are able to secure the release of many people who were under captivity of kidnappers. The dialogue is for those of them (bandits) who are willing to repent, but those that refused to take path of dialogue, we fight them. This is just using carrot and stick approach.”

Earlier, in his address, Governor Fintiri said the projects were in fulfilment of his campaign promises to enhance critical economic growth in the state. Fintiri assured the people in the state that his administration will complete all ongoing projects scattered across the communities.

Coordinator of RAMP 2, Zubairu Adamu Vandi, maintained that 628 youths were recruited by his organisation to maintain all rural roads constructed in Nigeria