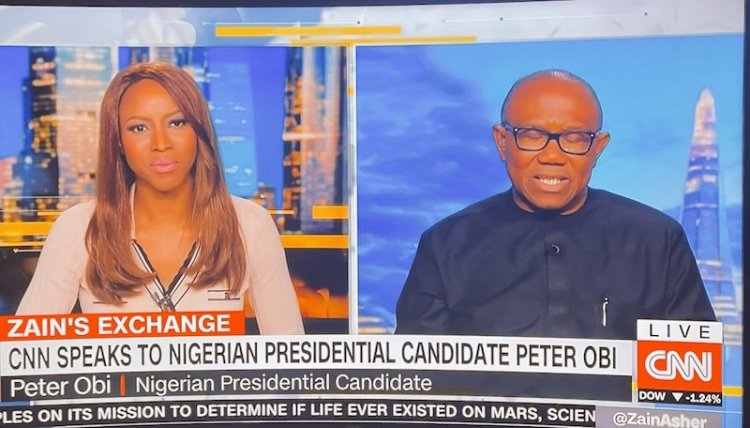 Days after sparking controversy with a claim that the Yoruba ethnic group maintains a slavish relationship with APC candidate Bola Tinubu, and is supporting him out of envy over feared Igbo resurgence, Peter Obi has trained the fire of his attack on Nigeria’s northerners, accusing them in a CNN interview of lacking evidence of human progress.

Responding to a question posed by the journalist, the Labour Party candidate offered a blanket dismissal of northerners as a people who live in inhospitable conditions, “have no good roads and security.”

The response has triggered a backlash, with many northerners questioning Obi’s intent and accusing him of casual bigotry. They queried his refusal to acknowledge and condemn IPOB’s murderous campaign in the eastern region, including an illegal weekly ‘sit-at-home’ exercise in which residents are held hostage indoors.

The incident has exhumed his ugly antecedents as Governor of Anambra state, a period during which he carried out a targeted eviction of northerners from the state.