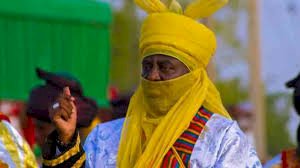 Kano State House of Assembly on Tuesday passed the Emirate Councils Amendment Bill 2020, which among other things permanently returned the chairmanship of the Central Council of Emirs in the State to the emir of Kano.

This development means the Emir of Kano, Aminu Ado Bayero will remain the chairman of the Central Council of Emirs in the state and ended the hopes of the emirs of Gaya, Karaye, Rano and Bichi of attaining the position.

The House presided over by the Speaker, Abdulazeez Gafasa, on Tuesday adopted the latest amendment during plenary.

At the end of plenary on Tuesday, however, Majority Leader of the House, Kabiru Dashi said the latest amendment made provisions for the Emir of Kano, to serve as the Chairman of the Council of Chiefs, thus, putting the issue of rotation to an end.

“In the new law, the number of kingmakers has also increased from four to five members, to allow for a free and fair election of a new emir whenever there is a vacancy.

“We have four kingmakers in each of the Emirate Councils, in the case of death or removal, we are trying to avoid a situation where two will support and two will reject.

“By increasing the number to five; it must be free and fair while electing an emir. And also, the new law will provide a three-day deadline for the election of a new emir,” he said.

Reacting to the development, the executive director of Centre for Awareness on Justice and Accountability (CAJA), Kabiru Sa’idu Dakata, one of those that challenged the creation of the new emirates, said they foresaw the development.

He said the first reform that suggested the rotation was done to offend the former emir.
Dakata said, “Of course, now that he is not the emir,

they will reverse it to make Kano emir the permanent chairman. We know it was a reform that will not last long as even the Governor that initiated it had to take it back to the lawmakers three different times for reform in just a year.

“So, the next governor is even likely to discard this child-play drama, even members of the emirate are aware of this. So, nothing is surprising in it,

” Dakata concluded.
However, the state government said the amendment was based on what will serve the people’s best interest at the moment and was never to offend Sanusi.

The special adviser on chieftaincy affairs to state governor, Tijjani Mailafiya Sanka said, “Before this, something similar was done in the old Kano state (when we were together with Jigawa). Then, the emir of Kano was the chairman of the state council of emirs, while emir of Kazaure, Gumel and Hadejia were members.

“So, this is just like a revisit. The decision was arrived at after consultations with various stakeholders like historians, custodians of the emirates’ heritage and other relevant stakeholders before arriving at this.

“The new amendment has nothing to do with offending anybody, the government does what it thinks is right at a time,” Sanka added.