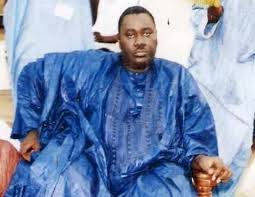 The Holy City of Touba celebrates, this Tuesday, the Magal of Darou Khoudoss called “Magal Gou Dieukk” (the first Magal) or, “Magal Serigne Cheikh” (Serigne Mbacké Gaïndé Fatma who gave him all its letters of nobility) This event is very popular with the Mouride community because of the anniversary of the remembrance of the Founder of Mouridism, Cheikh Ahmadou Bamba Khadimou Rassoul (1853-1927) and the transfer of his mortal remains to Touba by his eldest son and first Caliph, Serigne Modou Moustapha Mbacké. Irony of history or happy and / or unhappy coincidence: it also marks the date of the remembrance of Serigne Abo Mbacké Gaïndé (it coincided with the 2019 Edition). Last year (2019), it was the day that this son of Serigne Cheikh Mbacké Gaïndé Fatma and Sokhna Mbène Mbacké (daughter of Sokhna Astou Lo and Serigne Modou Awa Balla Mbacké Ibn Mame Thierno Birahim Mbacké) had chosen to join his Lord. In Touba, this Magal is also celebrated in two stages. The faithful remember this pure man of God, worthy heir to Sheikhoul Khadim and tireless soldier of Mouridism. Farewell Borom Touba Darou Salam Darma!