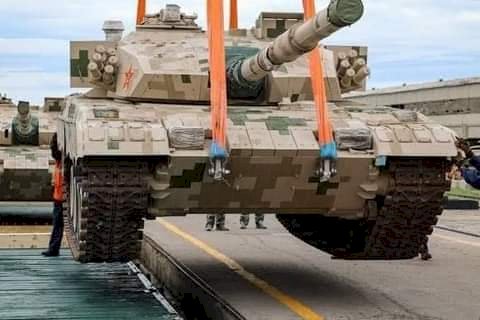 Featuring arguably the most advanced Main Battle Tank on the continent. Let the mother of all battle begin!!!

The VT-4 is the most sophisticated Main Battle Tank in Africa at the moment. It is equipped with a GL5 active protection system (APS), which integrates four fire control radars with a detection range of 100m. It features an automated firing system, remote controlled machine gun.

Meet 31 year old police officer called Dan. He was not born with this frightening...

I have first-hand experience in war… I can tackle Nigeria’s...