Armed Forces Have Assured Buhari Of A New Strategy To Deal With Bandits, Terrorists – NSA 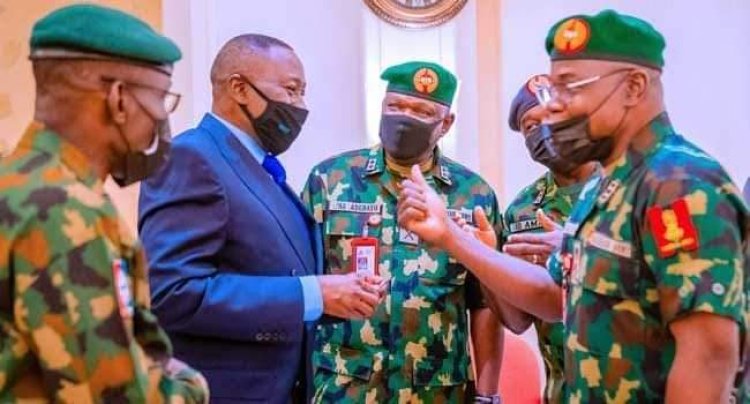 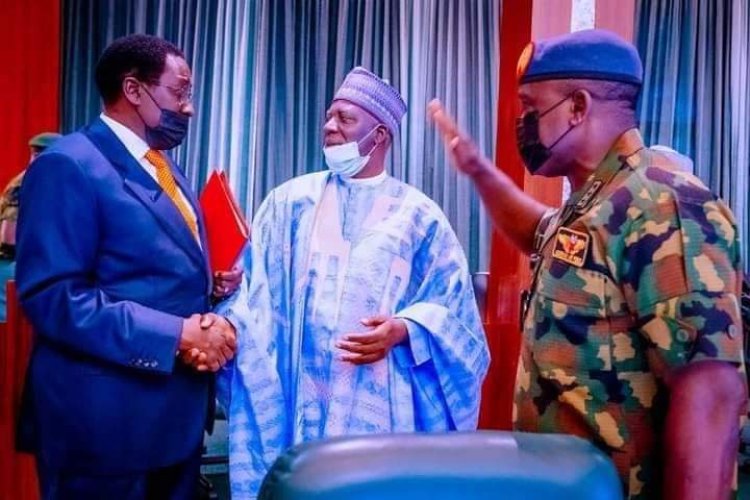 Members of the armed forces have assured President Muhammadu Buhari of adopting a new strategy to deal with terrorists and bandits who wreak havoc across the country.

This was disclosed by the National Security Adviser (NSA), Major General Babagana Monguno, who briefed reporters after a Security Council meeting on Thursday in Abuja.

“Members of the armed forces have made a commitment that in the coming weeks, they have already started working on a new strategy to deal with these snippets of violence,” he said.

“They have given their word, commitment to the President that there will be a change in momentum, regardless of the fact that there might be a certain institutional limitations which they face. They have understood the enormity of responsibilities that they have.”

According to him, Council will soon conclude its special investigation on the July 5 Kuje Correctional Center attack that saw the release of over 600 terrorists and would punish those who, by the neglect of duty, allowed the terrorists to get away.

He equally advised media practitioners against giving wide publicity to the terrorists, saying such materials flooding the internet have dire consequences for the country.

Monguno added, “We are in a very difficult situation. The Council understands that Mr President understands people’s concerns about the growing insecurity.

“I can assure you that there is no straight, cut-and-dry method of dealing with this thing and let all of us embrace each other. I know people are weary, tired. People are beginning to gravitate to other places for self-help. The truth is that help is rooted in everyone working for the other person.”

Over 48 hours after the Presidential Brigade Guards came under attack by terrorists, President Buhari summoned the Service Chiefs to an emergency security meeting.

The emergency meeting had in attendance the National Security Adviser, Minister of Defence, Major General Bashir Magashi (rtd), and that of Police Affairs, Maigari Dingyadi.

Others include the Chief of Defence Staff, General Lucky Irabor, the Service Chiefs and the Inspector General of Police.

The meeting reassessed the current security situation around the country as well as looked into ways of overcoming challenges confronting some parts of the country.

We Will Ease The Difficult Conditions Under Which Judges Work, Buhari Vows