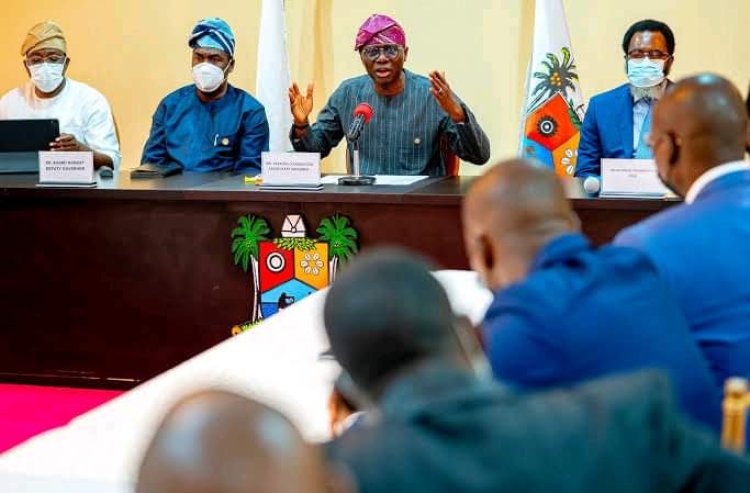 Sanwo-Olu made the call in Ikeja, during the 17th Edition of the Executive/Legislative Parley, with the theme: ”Mobilizing Citizens as a Social Capital Towards 2023 General Elections”.

He said that Tinubu had selflessly given himself to the people of Lagos during his tenure as the governor, and to Nigeria as a whole, and recorded many achievements.

”This, indeed, is the time to pay him back with our unwavering support. He is, no doubt, the right and best man for the job. He knows the issues plaguing our nation like the back of his hands and he has the magic wand to fix it.

”That is why I am calling on all of us to ensure that we do everything we can do politically and otherwise, to ensure that we can help to activate and actualise the next president of Nigeria, Asiwaju Bola Ahmed Tinubu.

The governor commended the lawmakers for efforts made at attaining the remarkable strides his administration achieved in the last two and half years.

He said that from the onset, his government did not delude itself into thinking it had the monopoly of knowledge, with regards to finding the right solutions to the myriad challenges confronting the state.

”This explains why we have consistently thrown our doors open to diverse opinions and views from various sources, and, this forum is an integral part of our steady effort towards rubbing minds with all critical stakeholders, with a view to achieving the Greater Lagos of our collective desire,” Sanwo-Olu said.

Gbajabiamila, who was represented by leader of Lagos State Caucus in the House, Mr Dolapo Badru, said the legislators intervened and partnered with the executives to enhance activities and mobilize the people to ensure that APC succeeded.

”We are lawmakers, but we tar roads, we build hospitals, we build schools, we equip classrooms, do empowerment, just to help the government; no competition whatsoever, and it shouldn’t be seen as such,” he said.

Also, the Speaker, Lagos State House of Assembly, Mr Mudashiru Obasa, said with other lawmakers representing the Federal and State levels, the parley would enable participants to bond with common vision and mission.

Obasa said that legislators would continue to collaborate with the executives to ensure the delivery of the dividends of democracy.

The participants which include members of the Governor’s Advisory Council (GAC), Lagos Deputy Governor, Dr Obafemi Hamzat, and other legislators and executive members attended the parley, wearing various attires representing the different ethnic groups in Nigeria, as a mark of unity and accommodating nature of Lagos State.