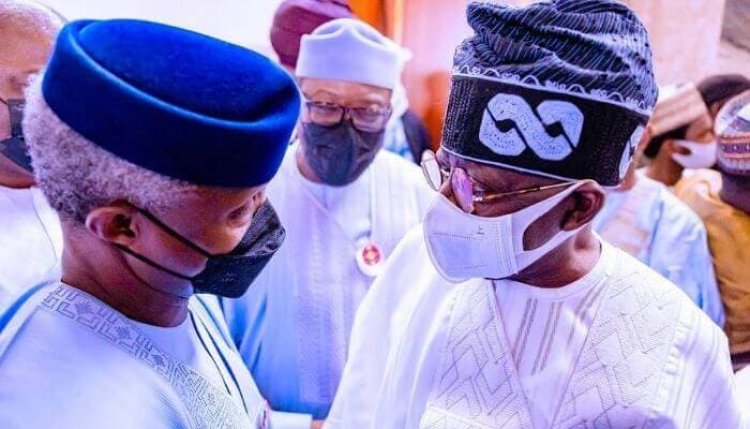 In an interview with newsmen on Monday in Abuja, Senator Aji said Osinbajo is the best man to succeed President Muhammadu Buhari having served as vice president for many years and known the challenges of governance and the country.

Both Tinubu and Osinbajo are South West politicians. They are both in the race for 2023 presidency on the platform of the APC. Tinubu is said to have paved the way for Osinbajo to become vice president in 2015.

Senator Aji said Osinbajo has a solid support base in the North, along with thriving circles of influential supporters across the South.

“I have been in politics since the early 80s and I can tell you that the Nigerian electorate is now much wiser, much more discerning and sophisticated than what you had in the past.

“Asiwaju is a great leader of our party and his role in bringing about an Osinbajo vice presidency has been vindicated, having performed creditably, impressing President Buhari and millions of Nigerians.” he said.

“His (Osinbajo’s) chances are very bright in the view of most people that I have interacted with. He is better than anyone else but we are in a democracy and others also have a right to present themselves and increase the choices available to the electorate,” he said.