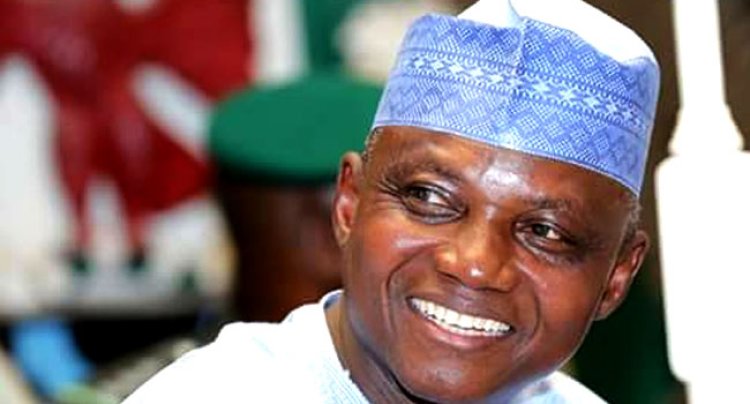 Barely forty-eight hours, a London Magazine ‘The Economist’, slammed the administration of President Muhammadu Buhari, and the Nigerian Army, the Senior Special Assistant to the President on Media and Publicity, Mallam Garba Shehu, Sunday night reacted to the papers postulation.

The paper had in it editorial titled: ‘The crime scene at the heart of Africa’, criticised Buhari’s anti-corruption fight, noting that his administration has failed to address corruption in the country.

“Economic troubles are compounded by a government that is inept and heavy-handed. Mr Buhari, who was elected in 2015, turned an oil shock into a recession by propping up the naira and barring many imports in the hope this would spur domestic production.

“Instead he sent annual food inflation soaring above 20%. He has failed to curb corruption, which breeds resentment. Many Nigerians are furious that they see so little benefit from the country’s billions of petrodollars, much of which their rulers have squandered or stolen. Many politicians blame rival ethnic or religious groups, claiming they have taken more than their fair share. This wins votes, but makes Nigeria a tinderbox”, the magazine said.

The Economist equally, blasted the Army, saying that: “Nigeria’s army is mighty on paper. But many of its soldiers are “ghosts” who exist only on the payroll, and much of its equipment is stolen and sold to insurgents. The army is also stretched thin, having been deployed to all of Nigeria’s states. The police are understaffed, demoralised and poorly trained. Many supplement their low pay by robbing the public they have sworn to protect.”

In his statement, Mr Shehu agreed with The Economist that Nigeria faces four key threats to the stability and prosperity of the nation – namely: ISWAP/Boko Haram terrorism in the North-East; kidnapping and crime in the North-West; herder-farmer disputes in the central belt; and the delusions of IPOB terrorists in the South-East

However, talking about the Indigenous People of Biafra, IPOB, Mallam Garba opined that the arrest and trial of mazi Nnamdi Kanu, who happens to be the leader of the group, would lead to the end of the group.

“In the South-East, IPOB – which the Economist rightly describes as “delusional” – the arrest and present trial of the terrorist leader of the group is the beginning of its demise.

“The President’s administration is redoubling efforts to have IPOB rightfully designated as a terrorist group by our allies outside of Nigeria – an act which will collapse their ability to transact gains from crime and extortion in foreign currencies.

“It is important to remind the Economist and the global media that this group’s aggression and widespread presence on social media does not reflect their public support, for which they have none: all elected governors, all elected politicians and all elected state assemblies in the South-East – which IPOB claim to be part of their fantasy kingdom – reject them completely