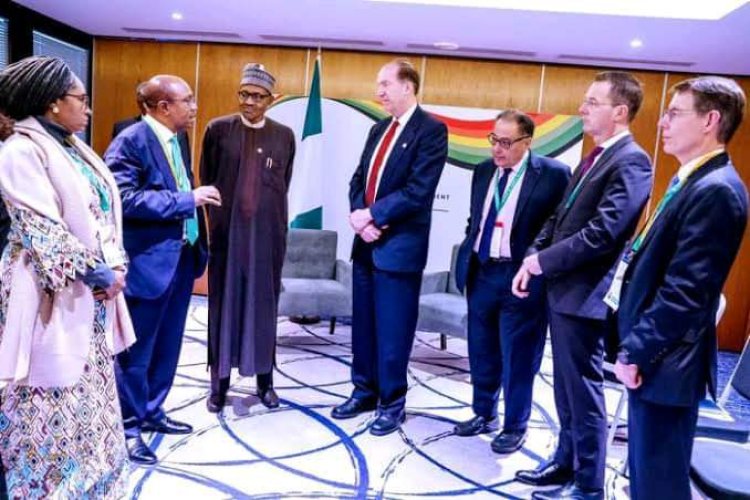 The President, Major General Muhammadu Buhari (retd.), has disclosed that his regime is in talks with the World Bank to obtain $30m to build a vaccine plant in Nigeria.

He said he hoped that the vaccine plant to be built in collaboration with May & Baker Nigeria Plc would commence next year.

Buhari, represented by Vice-President Yemi Osinbajo, made this known in Jos on Saturday during the graduation of Senior Executive Course 43 participants of the National Institute for Policy and Strategic Studies.

The event was attended by Plateau State Governor, Simon Lalong, the Sultan of Sokoto, Muhammadu Sa’ad Abubakar, among other dignitaries.

Speaking through Osinbajo, the President said, “Nigeria is in talks with the World Bank’s private lending arm and other lenders to raise about $30m to help finance a vaccine plant – Biovaccines Nigeria Ltd, (with 49 per cent of the company owned by the Nigerian government and the balance held by May & Baker Nigeria Plc), plans to begin construction of the plant in the first quarter of next year.

“The plant will initially ‘fill and finish,’ which means importing the raw materials for the vaccines and then packaging them for distribution. Full manufacturing is expected to follow.”

Buhari said but for providence and the good policies of his government, the COVID-19 pandemic would have wreaked unimaginable havoc on the Nigerian economy.

Nigeria was in a terrible economic situation and in response, the President took two swift steps. One was to set up a small inter-ministerial Committee headed by the Minister of Finance, Zainab Ahmed, to quickly work out the implications and the immediate mitigation for the economic shocks we were headed for.”

“The second thing the President did swiftly was to direct a team of ministers and interagency heads to draw up a 12-month economic emergency plan, which became known as the Economic Sustainability Plan.

“We were clear that the only way of avoiding an economic disaster that could last for years was for the government to essentially put forward a major fiscal stimulus plan. Such a plan must have clear objectives of saving jobs and creating new ones, supporting businesses that may close down, and employees that may not be paid during lockdowns, and, of course, healthcare support to reduce the COVID-19 caseload. So, we promptly put forward a stimulus plan in the order of N2.3 trillion.”

According to him, the participants toured 14 states within Nigeria and also visited six African countries and five countries outside the continent in the course of the Senior Executive Course which began in February 2021.

Still on the just concluded Fullah Cultural Festival which was organised by the...

Donald Trump's Twitter Was Hacked By The Same Dutch Hacker...