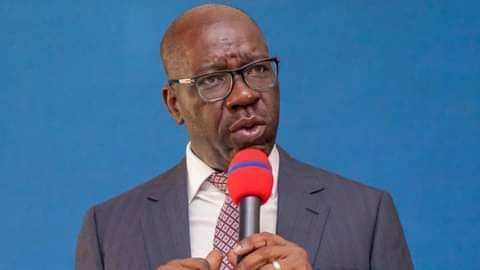 The Central Bank of Nigeria has  denied knowledge of claim that Nigeria printed billions of naira last month to cushion its financial trouble.

This was after the Edo State Governor, Godwin Obaseki, alleged that Nigeria printed N60bn to augment what the three tiers of government shared in March, 2021.

Obaseki reportedly stated on Thursday that Nigeria was in huge financial trouble, alleging that the Federal Government printed N60bn in March as part of federal allocation last month.
The Edo governor also expressed worry over the country’s increased borrowing, saying it was wrong to continue borrowing without a tangible plan for debt repayment.
When contacted to comment on the development, the spokesperson of CBN, Osita Nwanisobi, told one of our correspondents that he was not aware of any N60bn that was printed.

“I am not aware of that (N60bn printed by government,” he told our correspondent on Saturday.
Similarly, when contacted to speak on the N60bn that was allegedly printed in March 2021, the Federal Ministry of Finance, Budget and National Planning said enquiries on the matter should be directed to the governor who made the allegation.

The media aide to the finance minister, Yunusa Abdullahi, said the Edo State governor or the CBN should be contacted.
“Please direct your questions to the governor who made the claim or the CBN,” he told our correspondent”.