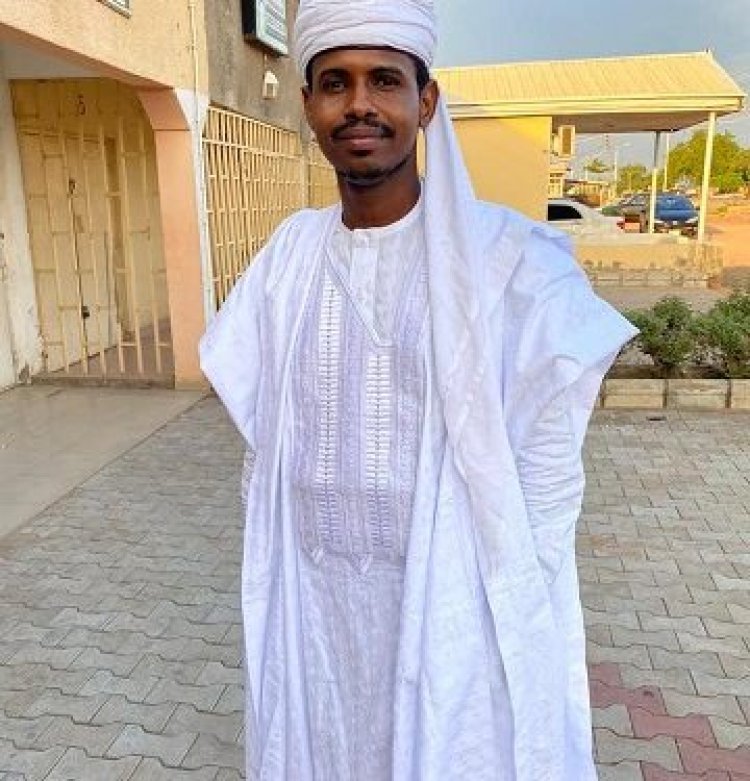 Once upon a time, the Fulani were the aristocrats of West Africa – the wealthiest, most intellectual hegemony in the West African sub-region. They were and still are the traditional rulers, Islamic scholars, leaders of the black civilisation, a melting point of the Arabian and Western cultures assimilated into the river of African traditions. These are the most physically appealing, Caucasian-like Africans; skinny, silky-haired, relatively light-skinned and tall. These were the kings of Africa, founders of the Sokoto, Futa Jalo and the Masina empires.

Back in history, the Fulani conquered kingdoms, took over cities and established polities across the region, for those were the days of war and conquests. But, they have also found cities that are capitals of states and nations, which have become business enclaves of all kinds, and for all Nigerians, nay Africans. From a barracks, they founded Sokoto; from a valley, they created Gombe, and from a hill, they established Yola. They went across mountains, and on the rocks, they found Jalingo. In the deserts, they founded many other cities, talk of Niamey, the capital of Niger, Maroua, Garoua, Ngaundere, etc., in the southern end of the Fombina empire. In these urban centres lie the fortress of fortunes for the Igbo, employment for the Yoruba and civilisation for the Hausa. From these cities comes the livelihood of all Africans, education for everyone and sustenance for all folks. The Fulani provided beef, the manure on which most of the Nigerian crop production relies. These are the employers of millions of people, teachers for many and mentors for others.

The triumvirates and their disciples, such as Nana Asma’u, bequeath West Africans the richest traditions of scholarship, the most valued native literature and a civilisation that has been resilient for centuries. This academic scholarship bequeaths northern Nigeria a space on the world map, drawing global scholarly attention, indigenous metalanguage, indelible history and a proud place in the comity of nations. At inception, the Fulani were the key and lock of the sub-Saharan economy, providing, subsidising, protecting and developing Nigeria with all that was needed. Like other ethnic groups, the Fulani gave their lives for Nigeria – Premier Ahmadu Bello, who inspired Prime Minister Sir Abubakar Tafawa Balewa, Murtala Muhammed, the Yar’adu’as and Shehu Shagari, to mention a few of the Fulɓe folks who served this country with distinction.

They served as the first line of defence for cities, the defenders of our religions and traditions. Even today, they are the leaders of most local security outfits that lay their lives to protect Nigerians against Boko Haram, kidnappers, armed bobbers and other terrorists bred by the failed Nigerian justice system. They are found at most gates of the elites, protecting the lives and property of Nigerians from Sokoto to Port Harcourt and from Maiduguri to Lagos. They are trusted with arms and ammunition to defend their Christian Igbo, Hausa or Yoruba bosses and are brave enough to lay their lives for the unknown passersby.

But where are these people today? How did they become the villains in the lands, cultures, civilisations, nations and economies they helped build and sustain? The answers to these questions lie in the historical injustice, failure of leadership and sustained discrimination and demonisation of the most essential, most conservative section of the Fulani population. The travail of the herding Fulani began right at the peak of the Fulani empires. First, the hegemony created centuries ago recognised this category of its population for being good at military matters. Then, subsequent traditional administrations continued on the same lane, deploying the same people for warfare and nothing more. The results? They continued in the traditional ways of life and became even more sophisticated at combat.

The colonial rulers neglected this population, focusing only on the taxes, which they significantly contribute more than anyone else. Instead of the native authorities to reinvest these taxes in the integration, education and socioeconomic emancipation of this population, they squandered the resources. So, for our grandparents and parents, and indeed our brothers and sisters still on the cattle routes, nothing has changed in their lives since the 1900s. For us, no change has happened!

Then came the natural discord between herders and farmers, regardless of ethnicities. Then population explosion; sixty million people became two hundred million in sixty years, cohabiting the same 923768 Km2, sharing the same forests, water and other natural resources.

Again, climate change and environmental degradation took over most parts of the Sahel. Major grazing fields and waters, such as Lake Chad, have dried up, and herding folks have multiplied by dozens. Ethnoreligious crises have overtaken much of the Lake Chad region, pushing herding populations down south, searching for water and green pasture. Over there, farms have encroached all lands, including major highways, food insufficiency, joblessness, and economic degradation have forced families into the deeper forests in search of livelihood. Resource control sets in, and crises become inevitable.

Unfortunately, no one came to our rescue on time, as our sedentary brothers moved to modernity, leaving us at the mercy of the forests. Although we are one ethnic group, bound together by language and traditions, the socioeconomic and modern (dis)advantages have created a strong barrier; distinct kinship emerged, often leading to animosities and hostilities. They got the power, wealth, knowledge and resources. But, they have disassociated from us, laughed and called us Mbororo, “the unenlightened”, as stories of our perceived naiveté go viral in cities and communities.

Our closest friends – the farmers – with whom we enjoyed cordial relationships due to mutual economic interests have become enemies of necessity. Just as our lives depend on our herds, their own lives depend on their farms. Call it the clash of economic interests! With this, crises set in; lives lost, and livestock diminished. The large, vast country becomes a small spot, as we were chased away wherever we went. Our cattle were rustled both by our own impoverished, unemployed youth and neighbours. For any slight provocation or disagreement, our means of livelihood – the livestock – are targeted and killed, often leading to reprisals.

But, this situation has been stage-managed until governments in some northwestern states began ceding ancestral grazing lands to farmers and urban development. When herds diminish, herders settle down to crop farming. Thousands of people came out of this economic depression but woke up to landlessness without notice. Add this to the historical aspects, social deprivation and economic dislocation, you find that criminality is the natural turn of events. As usual, the Nigerian governments are ad-hoc, simplistic, never interested in long-lasting solutions and even scared of reality. Instead of addressing these issues head-on, criminals were made political thugs, monies and weapons provided, all for political greed.

The natural promise land for such a criminally profitable business is more membership, innovations, and recruitments. Similarly, the natural candidates are those with similar backgrounds, social and cultural affiliations and mental dispositions. In this way, the Fulani folks are made the majority in the ongoing banditry and kidnapping. Therefore, the old circle is repeated.

Evidently, the fire-power in the hands of these bandits is far beyond their reach. The economic strength, resources and sophistication are not the kinds obtained by mere herders in the bush. That says a lot about their masters in cities, higher places and strong networks from other ethnic and social backgrounds. So, like they were deployed as foot soldiers for warfare centuries ago, and then as a conduit for taxations and money-making in cooperate Nigeria, they are today deployed as the bush soldiers, arm-bearing, front-raw men in the terrible enterprise that is kidnapping and banditry in northern Nigeria.

Look at it this way. If the billions made in this wicked trade were to be traced, they indeed wouldn’t be found in a ruga or a Fulani settlement. They might, instead, be found in dollar, pounds and naira accounts held by the very ethnic groups that are so quick to demonise millions of the herders’ kinsmen.

When it is elections circle, politicians would turn to the criminals, deploy them and win elections, and promise afterwards, to end them. When the security agencies arrest them, their bosses and other beneficiaries pay huge monies to get them released, damning the justice system and the nation’s well-being. Therefore, the truth is that just like Boko Haram are not Kanuri, Maitatsine not Hausa, IPOB and drug pushers not Igbo, Yahoo-Yahoo not Yoruba, these criminals are NOT Fulani. They are Nigerians and must be treated as such. Because we, the Fulani herders, are not terrorists. We are victims of socioeconomic circumstances.

One last take on Pantami: A little PR guide by Abdulhamid...