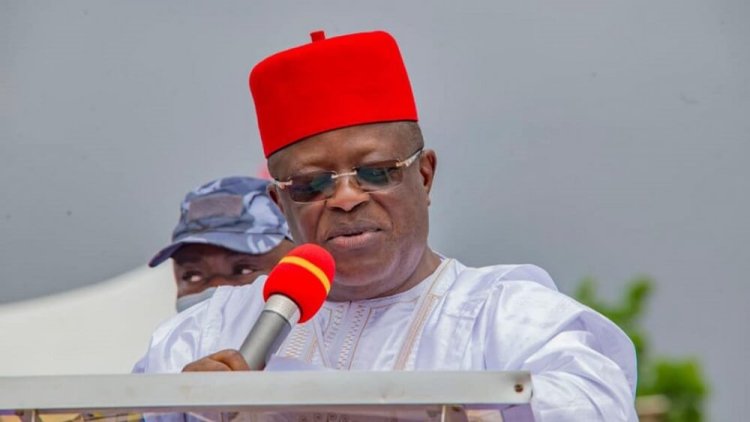 The Ebonyi State governor, Dave Umahi, has denied reports claiming that he has quit the race for the presidency.

The governor, who spoke through the state’s commissioner for Information and State Orientation, Barrister Uchenna Orji, said his ambition remained unwavering and alive.

This came after speculations in some quarters of the state and beyond that Governor Umahi had jettisoned his presidential ambition for senatorial seat.

The counter was contained in a statement issued on Tuesday signed by Orji and made available to Daily Trust in Abakaliki.

The statement read in part: “Our attention has been drawn to a senseless falsehood being irresponsibly shared on social media platforms by opposition forces and mischievous minds who are idly making mendacious propaganda against the presidential ambition of the governor of Ebonyi State, His Excellency Engr Chief David Umahi.

“Contrary to their cowardly fabrications against the well-thought and nationally accepted presidential ambition of Governor Umahi, we restate for the pleasure of progressive Nigerians home and in diaspora, that current trending in social media that Governor Umahi has dropped his ambition for the Senate is nothing but empty and vaunting architecture of political charlatans,” he said.

He explained that the actors behind the fake news were intimidated by the outstanding performance of the governor.

Who is a fulani, how can he be identified? and the stealing of good fulani children...