VP Candidate: My Respect For Both Faiths Is Absolute – Tinubu 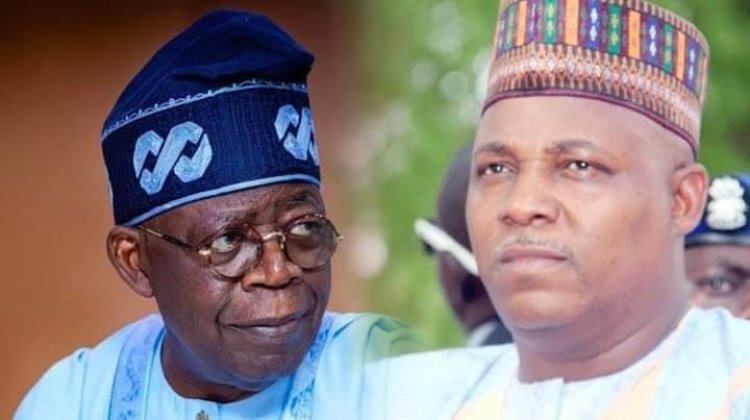 The Presidential flagbearer of the All Progressives Congress (APC), Asiwaju Bola Ahmed Tinubu has expressed his absolute respect and regard for both the Christian and Muslim faiths in the country.

Tinubu, whilst announcing Sen. Kashim Shettima, a Muslim, two-term Governor of Borno State as his running mate, stated that by his selection, he is not oblivious of the religious and ethnic sensitivities of the nation, but made the choice in the overriding interest of the country.

“I am mindful of the energetic discourse concerning the possible religion of my running mate. Just and noble people have talked to me about this. Some have counselled that I should select a Christian to please the christian community. Others said I should pick a Muslim to appeal to the Muslim community. Clearly, I cannot do both”.

“Both sides of the debate have impressive reason and passionate arguments supporting their position. Both arguments are right in their own way. But neither is right in the way that Nigeria needs at the moment. As President, I hope to govern this country towards uncommon progress. This will require innovation. It will require steps never taken. It will also require decisions that are politically difficult and rare”.

“May I say this to all of you, especially those disappointed in my selection based on religious considerations. I will not and cannot ignore the religious concerns and ethnic sensitivities of our people. Taking them into due consideration is an important part of good and able governance”, Tinubu emphasised.

The APC flagbearer however enthused that the challenges facing the nation requires placing competence in governance above religious sentiments.

“Religion ethnicity and region cannot always, and fully determine our path. To forge ahead as a Nation towards development and prosperity, we must break free of old binds. We must recalibrate our political calculations to where competence and fairness matter, more than reducible demographics”, Tinubu asserted