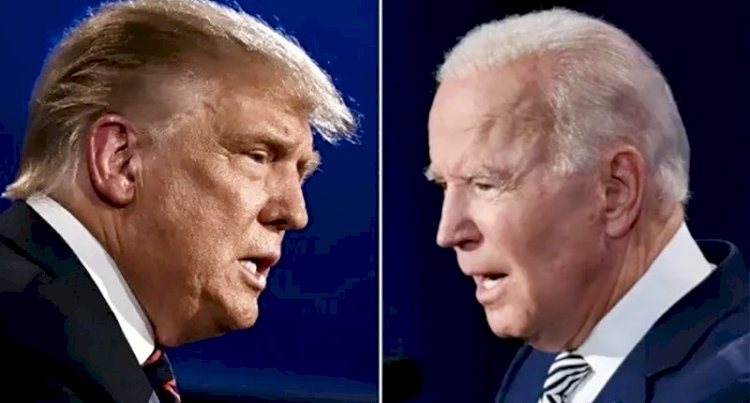 The US presidential campaign enters its final day Monday with a last-minute scramble for votes by Donald Trump and Joe Biden, drawing to a close an extraordinary race that has put a pandemic-stricken country on edge.
But while campaigning will halt and voters will have their say on Tuesday, many questions remain over how soon a result will be known due to a flood of mail-in ballots and possible legal challenges.
Those factors, along with an unprecedented convergence of social justice protests, coronavirus precautions and President Trump’s fear-mongering campaign, have led to apprehension over whether unrest could erupt.
Taking no chances, businesses in some cities have boarded up windows, while across the country the harsh political climate has led to fierce debate, in some cases even dividing families.
As proof of how much Americans have been galvanized — and perhaps frightened by the pandemic — a record of more than 93 million people have cast early ballots, including in-person and mailed votes, according to the nonpartisan US Elections Project.
As the hours count down on Monday and with polls showing him behind, Trump will repeat his marathon performance from the previous day with another set of five rallies in North Carolina, Pennsylvania, Michigan and Wisconsin.
Biden will also be in Pennsylvania — including for a drive-in rally with pop star Lady Gaga — as well as in Cleveland, Ohio.
Seeking to energize Democrats and prevent a 2016-like surprise, Barack Obama will appear in Georgia before holding an election-eve rally in Miami.

On Sunday, Trump and Biden drove home their closing arguments — and the president said his supporters would again shock the world.
In Georgia, wearing his familiar red campaign hat, the 74-year-old Republican said: “It’s going to be the talk of the world.”
Wrapping up a long day, he held a rally that didn’t begin until shortly before midnight in Opa-Locka, Florida, a crucial state for him which polls show is a tossup.
Crowds there chanted “fire Fauci” — referring to the widely respected government infectious disease expert Anthony Fauci, who has drawn White House anger over his outspokenness on the need to do more to rein in Covid-19.
“Don’t tell anybody, but let me wait until a little bit after the election,” Trump said in response.
Biden set a very different pace, beginning the day attending Mass with his wife Jill at a Catholic church near their home in Wilmington, Delaware.
Afterward, at a drive-in rally in Philadelphia, the 77-year-old former vice president said: “In two days, we can put an end to a presidency that has divided this nation.”
“It’s time to stand up, take back our democracy,” he said.

Nationally, polls have consistently put Biden well ahead, and a RealClearPolitics average of surveys had him up 7.2 percentage points Sunday.
But there have been repeated warnings from both camps that the polls could be wrong — like in 2016.
Trump has held an exhausting string of raucous rallies with crowds pressed together, many of them without masks.
Biden has held far fewer rallies with much more caution — usually socially distanced drive-up gatherings — and has taken care to wear a mask.
That decision has resulted in mockery from Trump, playing down the dangerousness of the virus even though he was hospitalized over it.
The former reality show star and real estate mogul has called for businesses and schools to reopen, talking up signs of an economic recovery though economists say underlying factors are tenuous.
Biden has embraced the criticism and doubled down, repeatedly hammering away at the president’s “almost criminal” handling of the pandemic, saying it had cost tens of thousands of lives.
The virus has been resurgent across the country, with more than 230,000 dead since the start of the pandemic.

Fears of tensions on election night and afterward were further stoked by a report that Trump could declare victory prematurely.
The Axios news site reported Sunday that Trump has told confidants he would declare victory Tuesday night if it looks like he’s ahead.
Trump called it a “false report” but repeated his argument that “I don’t think it’s fair that we have to wait for a long period of time after the election.”
He has repeatedly claimed, without evidence, that mail-in ballots are open to fraud, warning of “bedlam” if no clear winner emerges quickly.
Asked about the report, Biden said: “The president is not going to steal this election.”
In yet another sign of how tense the race has become, Biden also denounced the alleged harassment of one of his campaign buses by Trump supporters on a Texas highway — an incident the FBI confirmed it was investigating.
Americans have meanwhile been showing up nationwide to cast early ballots.
“The future of our country is at risk,” said 66-year-old Carmen Gomez, who wore a mask as she arrived on the last day of early voting in Florida on Sunday.
-AFP