NEWSOyigbo massacre: Amaechi behind IPOB propaganda against me – Wike 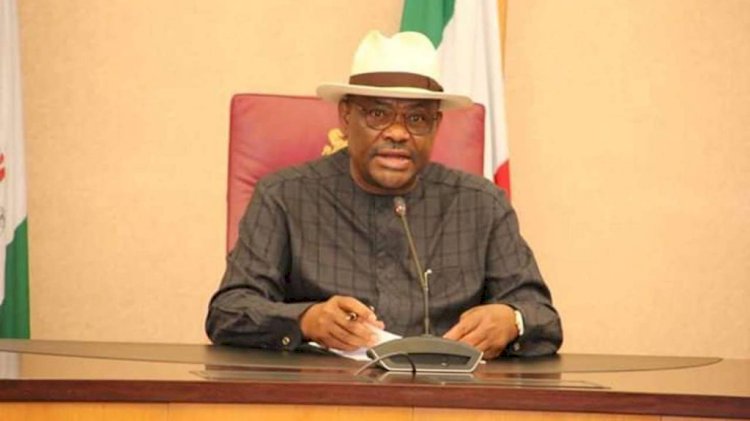 Governor Wike made the claim while speaking on Monday, during a live special interview on AIT on the fallout of the End SARS protest and the report of mass killings of IPOB members in Oyigbo.

The Governor claimed that Amaechi is disturbed by his rising political profile, hence the alleged smear media campaign.

Wike emphasized that he has no regrets for his proclamation against IPOB and their activities in Rivers State, adding that the “criminal” group has formed dangerous cells in Oyigbo by hoisting flags in certain communities.

According to him, “I know where all this is coming from. They think they can sponsor all sorts of rubbish against me. I know it is coming from the Minister of Transportation.

“Why will he (Amaechi) not do that? He thinks that I am rising politically, and he is doing everything to bring me down. Everybody knows that. It is not hidden. I cannot change my identity.

“I have a good relationship with the Igbos and if the Presidency is zoned to the South East I will support them very well but that is not for me to say that I am from that area. I am not from there.

“The President directed his Ministers to go to their States to ascertain the level of destruction. I have not heard from my own Minister. We don’t know when he would.

The Rivers State Governor also said he has received threats from certain individuals over the incidents at Oyigbo.

“You can’t imagine the volume destruction caused by these IPOB criminals. They killed 3 police officers, they killed 6 soldiers, they burnt all the Police Stations in Oyigbo, they burnt our Courts, and they were taking over some of our communities and you said we should sit and watch them continuously. We won’t allow that.

“They have been sending text messages threatening me that they will deal with when they see me. I told them I am not Ekweremadu that they embarrassed in Germany. I dare anybody to try it. I will go around the streets of Europe without looking back,” Wike said.

On the alleged massacre in Oyigbo, Governor Wike said the reports will be investigated, adding that a meeting has been called with the State Security Council to review their activities in Oyigbo and other places.