Get Out Of PDP If You Can’t Accept Ayu, Adebutu Tells Wike, Others 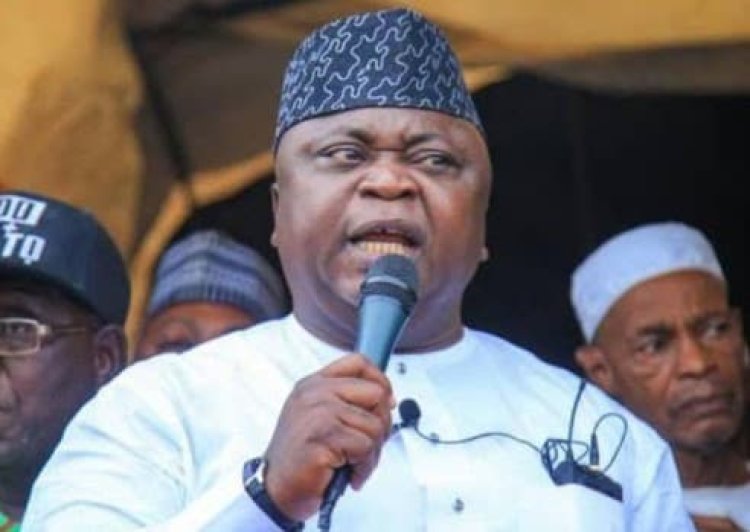 Wike and four other governors of the PDP have insisted that Ayu should resign as the Chairman of the party or they would not support the presidential candidacy of Atiku Abubakar.

According to them, Ayu had promised that he would resign his position if a northerner emerged the presidential candidate of the PDP.

Addressing non-indigenes resident in Ogun at a gathering in Abeokuta, Adebutu stated that those who could could not abide by the decision of a party are free to leave or form their own party.

Making a veiled reference to Wike and his allies, Adebutu said: “Unlike those that don’t understand that the party is supreme, that Iyorchia Ayu is our oga, they don’t recognize that he has the power to hire and fire, we accept his leadership.

“By the supreme court judgements severally pronounced, those that don’t like your party have a few choices, they can either abide, go and form their own party or get out! We have chosen to abide and obey Ayu’s dictates.

“We agree that he is our chairman. We agree that Hon. Sikirulahi Ogundele is our leader in Ogun and he is representing Iyorchia Ayu. We agree to submit ourselves to the National Working Committee of the party. Those that don’t abide should go and form their own party.”

Addressing the Igbos, Hausas, Igedes, Ijaws, Idomas and others who were out to declare support for Atiku and other PDP candidates, Adebutu maintained that Nigerians remain one big family regardless of tribe or religion.

“We are one Nigeria because we are one family speaking different languages; but we are happy together. May we continue to live together as one family and be happy.

“We are happy that we have somebody joining us together, His Excellency, Waziri Atiku Abubakar. It is not in dispute that he is our leader and we shall all work hard to make him the president of Nigeria. He is the unifier. We have a duty to do him proud and do ourselves proud. We must continue to promote his ideologies,” Adebutu said.

In their remarks, leaders of Hausa, Igbo and other ethic groups have pledged to mobilise four million votes for the Presidential candidate of the PDP to win the 2023 election.

The leader of the Igbo community in Ogun State, Kinsley Chukwuleta who spoke on behalf of the other tribes described Atiku as the most experienced candidate who can fix Nigeria and return the country to the path of greatness.

Chukwuleta said, “We came out to support him (Atiku) because we know he has the experience, he has been to Aso Villa before as the Vice President of Nigeria and if he becomes the President, he will unite Nigeria.

“In Ogun state here, Atiku is going to get 4 million votes from us. He has the experience, he has been there before, he is not new to the system, he can fix things quick and he can make Nigeria one.”

Nigerian govt denies payment of half salary to ASUU, says lecturers were paid based...