Train Attack: Nigerian Military, Others Know Terrorists’ Hideouts, Listen To Them, Know Their Plans, But Refuse To Bomb Them – El-Rufai 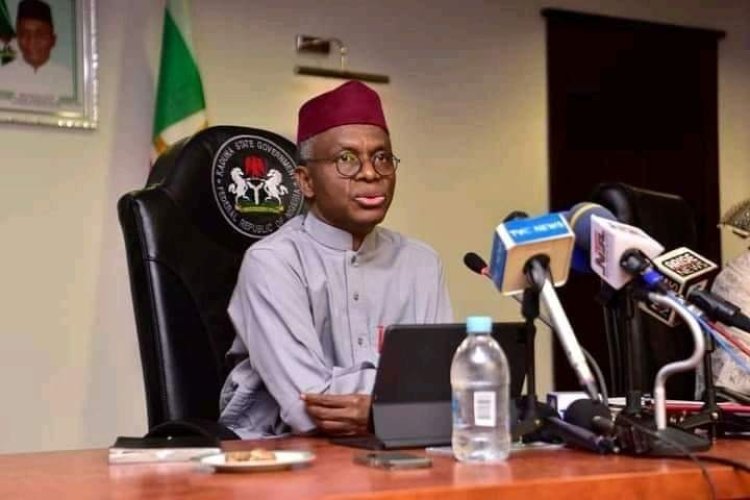 The Governor of Kaduna State, Nasir El-Rufai has alleged that the Nigerian military knows the location of bandits in his state but has refused to bomb their hideout.

This comes after a Kaduna-bound train was attacked by terrorists on Monday evening with eight persons confirmed dead and 26 injured.

Some of the passengers were also kidnapped.

According to Punch, E-Rufai, who expressed sadness and frustration over the recent train attack, said; “We have enough intelligence for us to take action. The Air Force undertakes enough ISR (Intelligence, Surveillance and Reconnaissance); and the DSS (Department of State Services) has informants all over the place.

“We know what they (terrorists) are planning. We get the reports. The problem is for the agencies to take action. Don’t wait until they attack before you respond. The Army should go after their enclaves to wipe them out. Let the Air Force bomb them.
“Before, they were categorised as bandits and if you bombed them, you would have issues with human rights organisations and international criminal courts and so on. But, now that they have been declared terrorists by the court, they can be legally killed without any consequences from international human rights organisations.”

He described Kaduna as currently being in a ‘State of War’.

“We know where their camps are, we know where they are; the SSS (State Security Service, also called DSS) have their phone numbers, they listen to them, and they give me the report. We know what they are planning. We shouldn’t be waiting for them to attack; why can’t we go after them?”

BREAKING: Eguavoen Quits As Super Eagles Coach After Team's Failure To Qualify For...

Lai: Boko Haram is badly degraded, it can only attack defenceless...