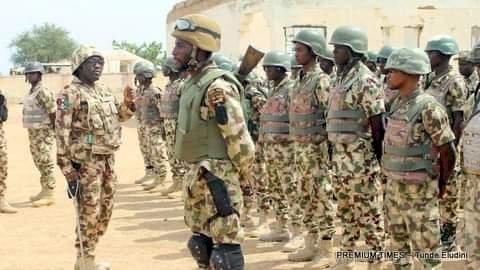 One officer and two soldiers have been killed in operation in the North-East.
Four other soldiers sustained injuries in the clearing operation being undertaken by the Nigerian military to rid the area of the remnants of Boko Haram/ISWAP terrorists.

The acting Director, Defence Media Operations, Brig. Gen. Bernard Onyeuko, told journalists on Tuesday in Ngamdu, Borno State, that between September 28 and October 31, 75 Boko Haram/ISWAP elements were neutralised, while their equipment was seized and destroyed.

“These successes were achieved as a result of the sacrifice, commitment and gallantry exhibited by the motivated troops within the theatre of operation of Operation Lafiya Dole,” he said. (NAN)