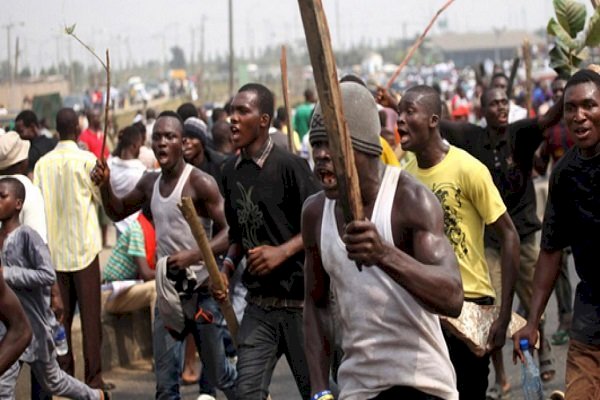 A source, Bala Nuhu, told Daily Trust in a Telephone interview that the militia from neibouring Benue state allegedly launched the attack and killed two mobile police men and wounded many people including children.

The militia, according to the source, were armed with sophisticated weapons as they stormed the town early in the morning shooting sporadically.

Nuhu stated further stated that some of the armed men  went straight to the palace of the 3rd class chief in the town and attempted to break into the palace but were prevented by some of the residents who shielded the palace against the attackers.

Bala, said residents, including women and children fled while some of the residents engaged the militia in gun duel leading to many sustaining gun wounds.

He said mobile police were drafted to the town from a nearby police base and chased the attackers.

He further stated that all the Tiv residing in the town have fled and crossed into Benue state.

Another source in Takum town told Daily Trust that some of the victims of the attack were brought to Takum general hospital for treatment.

The latest attack has signaled fresh hostilities between Tiv and Jukun tribes in the state.

Police spokesperson, ASP Leha Reform, confirmed the attack saying one police man was killed while four children got injured during the attack.