The Nigerian Supreme Council for Islamic Affairs (NSCIA) under the leadership of its President-General and Sultan of Sokoto, Alhaji Muhammad Sa’ad Abubakar III, has... 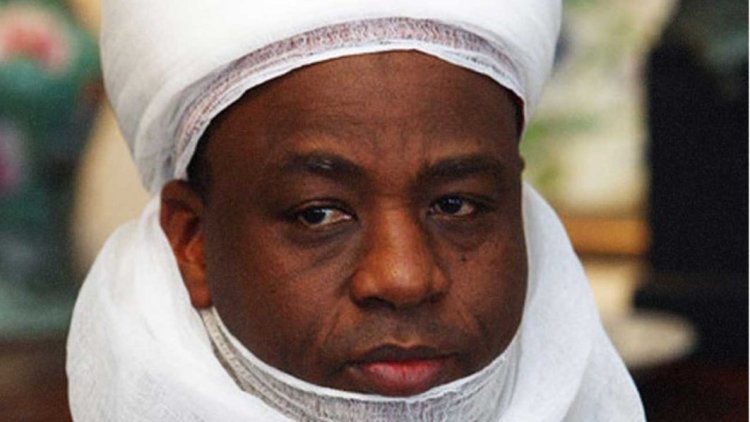 The Nigerian Supreme Council for Islamic Affairs (NSCIA) under the leadership of its President-General and Sultan of Sokoto, Alhaji Muhammad Sa’ad Abubakar III, has announced the sighting of moon, signifying the commencement of Ramadan on Saturday.

Sultan made the announcement in a telecast and it was also announced on the Twitter handle of the NSCIA.

“Assalamu Alaikum Wa Rahmatullah, Alhamdu Lillah, the crescent of Ramadan 1443H has been sighted at some locations in Nigeria,” the tweet read.

In a telecast monitored by one of our correspondents, Sultan said fasting would commence on Saturday.

He said, “Based on the reports sent to us on the sighting of the moon for month of Ramadan 1443. Therefore today (Friday) mark the end of Sha’aban. Tomorrow, in sha Allahu, we would start fasting in accordance with Shariah.”

He also said that reliable reports showed that the crescent of the moon was sighted in Sokoto, Yobe, Zamfara, Katsina, Plateau, Kaduna and Kano states among others.

“Consequently, we called on all Muslims to start the fasting for this holy month of Ramadan, tomorrow (Saturday),” he added.

Abubakar also urged the Federal Government to tackle the rising insecurity in the country in the interest of well-being of the citizens and development of the nation.

He urged Muslims to use the occasion of this year’s fasting to pray to Allah for the peace and progress of the country.

The Saudi Arabia Supreme Court had earlier announced that this year’s Ramadan fasting would commence on Saturday in the kingdom.

This follows the sighting of the Ramadan crescent in multiple locations in Saudi Arabia on Friday evening, prompting the announcement of the commencement of Ramadan fasting by the kingdom’s Supreme Court.

This will be the first year since 2019 that Ramadan in Saudi Arabia will be observed without coronavirus restrictions.

The Sultan on Thursday had urged the Muslims across the country to look for this year’s Ramadan after sunset on Friday April 1, which is equivalent to 29th of Sha’aban 1443 AH.

Muslims follow a lunar calendar consisting of 12 months in a year of 354 or 355 days.

Sighting a crescent heralds the start of Ramadan, the ninth month of the Islamic calendar.

Ramadan fasting is the third pillar of Islam and Muslims are obliged to observe the fasting for 29 or 30 depending on the sighting of Shawwal.