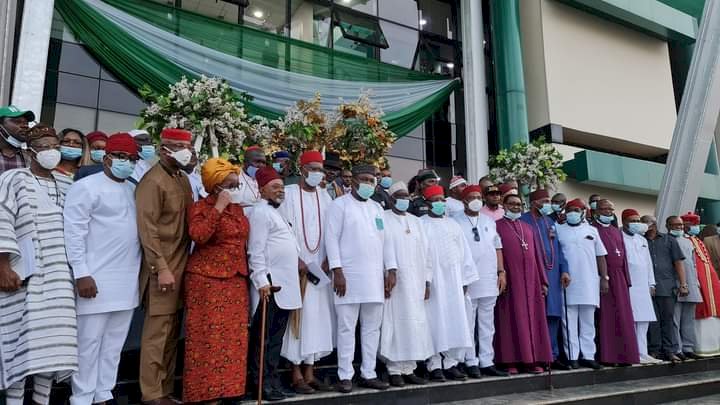 South-east leaders on Saturday at a meeting in Enugu pledged their commitment to an indivisible and united Nigeria “built on love, fairness, equity and justice.”

They announced the resolution through a communique issued at the end of the meeting with a presidential delegation to the region.

They also urged President Muhammad Buhari to look into the demands of the region.

The communiqué was read at the end of the meeting by Governor David Umahi of Ebonyi State who is the chairman of the Southeast Governors Forum. 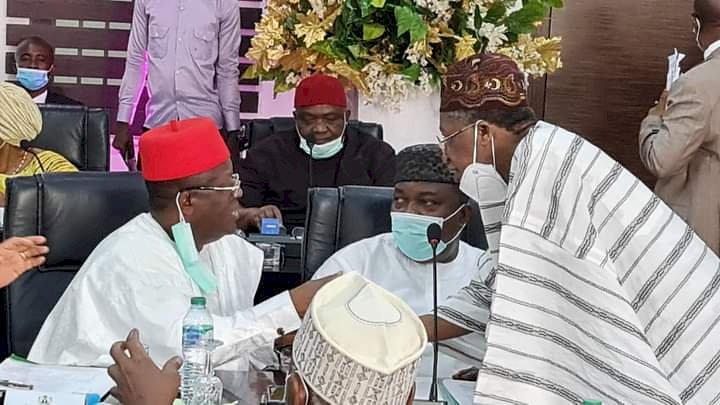 Southeast people believe in one Nigeria and this is the reason we are in every part of this country erecting infrastructures, living peacefully with our host communities and doing our businesses,” the communique stated.

The presidential delegation was led by the Chief of Staff to the President, Ibrahim Gambari. 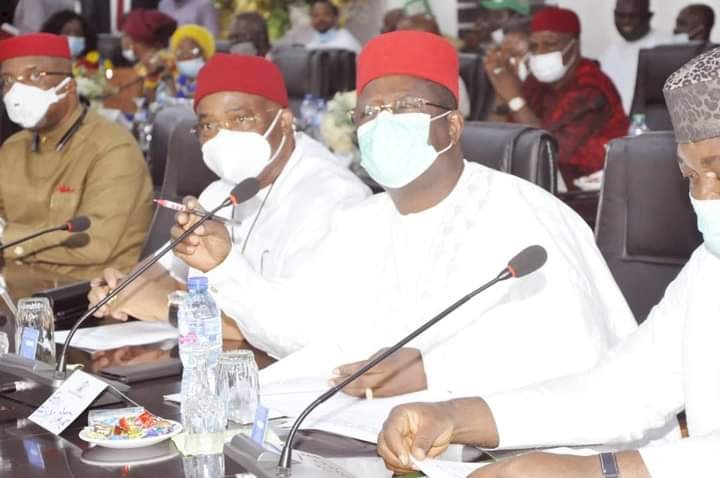 Members of the delegation include the Minister of Information, Lai Mohammed, all ministers from the South-east and the Inspector-General of Police, Mohammed Adamu.

The South-east leaders requested a joint operation into “our forest to flush out criminals and killer herdsmen with AK-47 while pledging our commitment to continuous coexistence with the herdsmen who have been living peacefully with us for years.” 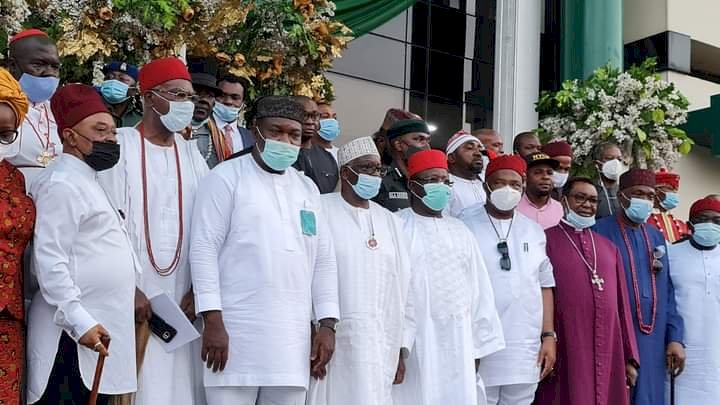 They thanked the president for the “speed and the restraint with which he handled the demand of peaceful EndSars protesters, especially his commitment to drive police reform and mainstream youth empowerment.”

They also hailed the president for his courage to deal with hoodlums, criminals and those who hijacked the peaceful protest to kill and maim innocent citizens and security agents and to loot public and private property.

“Southeast governors have set up panels of enquiry to deal with all infractions of human rights of our people and security agencies, compensation funds for all civil servants and security men who lost their lives during the protests.

“We pledge to continue to protect all the various groups living in the Southeast. We enjoin them to go about their businesses peacefully.

“We thank Mr President, governors and traditional rulers in other parts of Nigeria for their commitment to protect our people, especially during and after the protests. We must continue to live in peace,” they said.

Governors of Enugu, Ifeanyi Ugwuanyi, and Imo, Hope Uzodinma, as well as the deputy governors of Abia and Anambra states attended the meeting.

Others are traditional rulers, religious leaders, National Assembly members from the region, and Ohanézè Ndígbo led by its president, Nnia Nwodo, and representatives of youth groups in the region.

The South-east is home to separatist groups such as the Indigeneous People of Biafra (IPOB) and the Movement for the Actualisation of the Sovereign State of Biafra (MASSOB).

But the political leaders and mainstream groups in the region have always said they prefer to live in a Nigeria that respects the Igbo people and accommodate their interests.