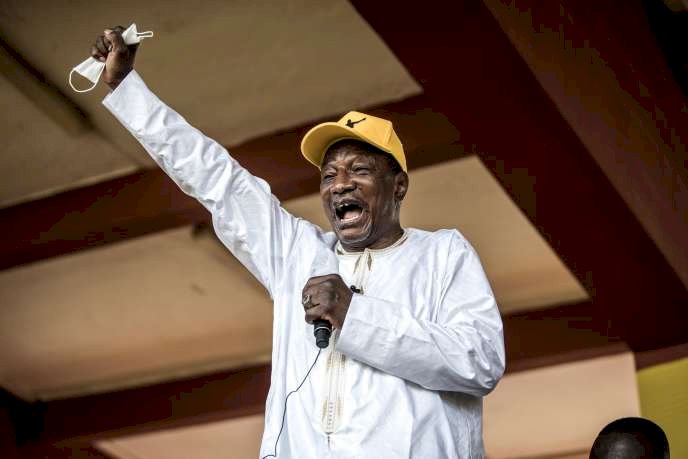 The Constitutional Court rejected the appeals of four candidates, including that of the main opponent of Mr. Condé, Cellou Dalein Diallo, after months of a challenge that claimed the lives of dozens of civilians.

Alpha Condé was definitively proclaimed President of Guinea on Saturday for a third term in a row, after months of a protest that claimed the lives of dozens of civilians.
The Constitutional Court rejected the appeals of the main rival of Mr. Condé, Cellou Dalein Diallo, and three others of the twelve presidential candidates of October 18.  It validated the results proclaimed by the Independent National Electoral Commission (CENI), which attributes the victory to Mr. Condé in the first round.

The Constitutional Court judges the appeals to be "ill-founded", declares the ballot to be "regular" and affirms that Mr. Condé "received 2,438,815 votes, or 59.50%, greater than the absolute majority", announced its president, Mohamed.  Lamine Bangoura, in solemn audience.

She "therefore declares that Mr. Alpha Condé is elected, in the first round of the presidential election of October 18, President of the Republic of Guinea," he added.
Mr Diallo won 33.5% of the vote, according to official results.

The decision of the Constitutional Court is final and Mr. Condé will be able to start a new six-year exercise, possibly renewable once.
Mr. Condé's candidacy for his own succession gave rise to months of protests and violence that resulted in the deaths of dozens of people, most of them civilians.

PUBLIC ANNOUNCEMENT: Notice Of Closure Of All Schools in...