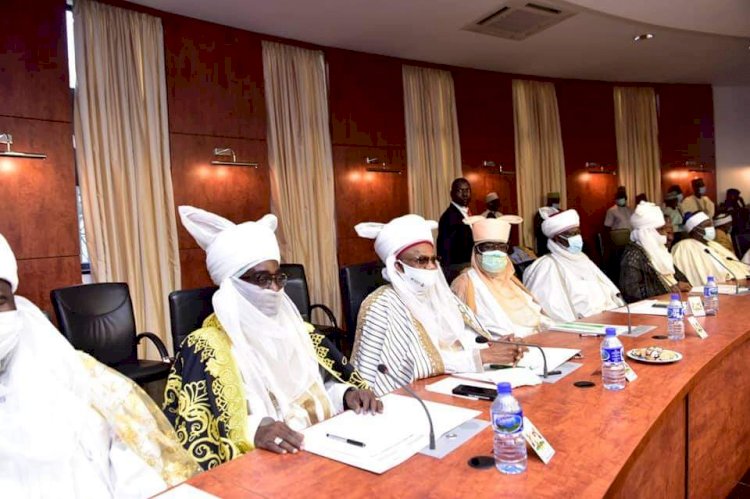 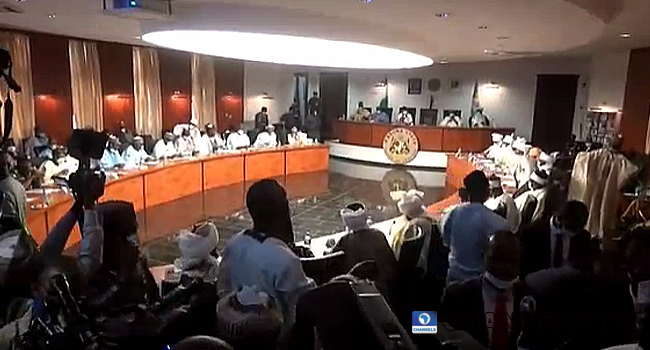 Governors of the 19 Northern states on Monday held a meeting with key traditional rulers; the Inspector General of Police (IGP), Mohammed Adamu; and Ibrahim Gambari, the Chief of Staff President Muhammadu Buhari.

The Minister of Information, Lai Mohammed and Senate President, Ahmed Lawan and other political leaders were at the meeting which was held in Kaduna State.

The meeting was held behind closed doors at the executive council chamber of Kaduna State Government House.

The leader at the meeting are expected to deliberate on various issues especially as it affects peace, security and other developmental matters in the northern region.

State Governors at the meeting include that is Nasarawa, Zamfara, Kwara, Sokoto, Gombe,  Kebbi, Kaduna while Deputy Governors of Kogi, Niger, Kano, and the Katsina States were present. 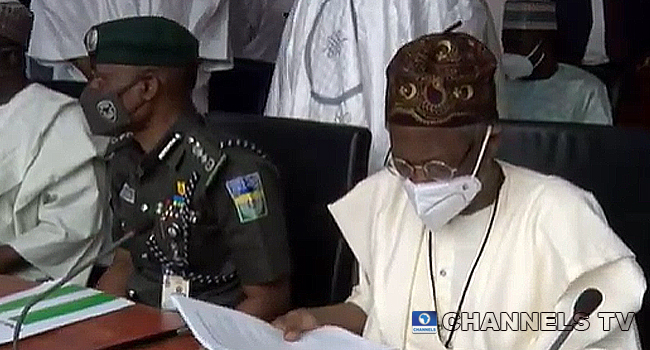