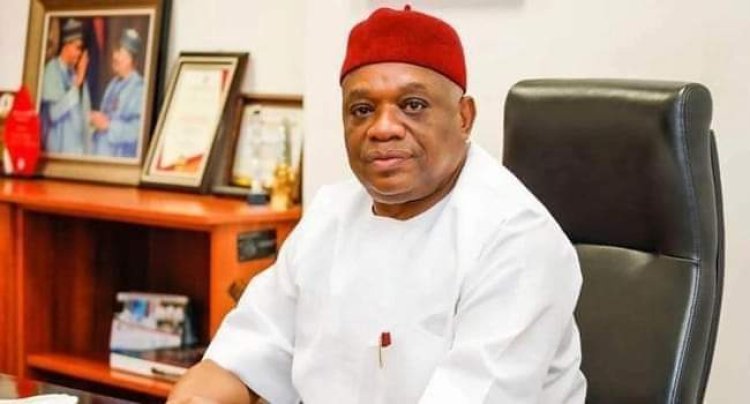 Senator Orji Uzor Kalu has said that about nine candidates in the 2023 presidential race at the moment, are ready to step down for Senate President Ahmed Lawan.

Kalu disclosed this on Monday while appearing as a guest on Channels Television’s Politics Today.

“I want to tell you, I have spoken to nine candidates running for president, and they are ready, already discussing to step down for Ahmed Lawan,” the lawmaker stated.

Adding that he has told them to come with him and meet with the Senate President and negotiate face to face.

While refusing to list the names of the candidates in question, Kalu said he is certain that the individuals are ready to quit the race for Senator Lawan, and will bring along their delegates.

Kalu who is also Chief Whip of the the Senate, further noted that he cannot tell what the negotiations and demands of the other candidates will be when they meet with Lawan, he, however, quashed the suggestion that the Senate President will refund each individual the 100 million naira which they paid to obtain their nomination forms.

“I made that one clear to them, nobody is returning any money to any one” Senator Kalu buttressed.

When asked if he chickened out of the presidential race just so he could become the running mate to Ahmed Lawan, the former Abia State governor replied with a capital ‘No!’.

“It is not true, I have already purchased my Senate form, I am very happy being in the Senate,” Kalu explained.

He added that what Nigeria need at this time is leadership, and that quality can be found in the candidate which he has adopted.

“I have known him 41years ago, we were roommates at the university, he is strong enough to give the Nigerian people what they are looking for.”

Speaking further on the qualities Lawan possesses, Kalu went on to say that the Senate President played a vital role in stabilizing the Nigerian parliament, ensuring that several highly important bills were passed, a standard which he says will be replicated when Senator Lawan is voted in as President of the Federation.

EU Gives Gambia 1.5 Billion Dalasis But Caveat Is For Nation...