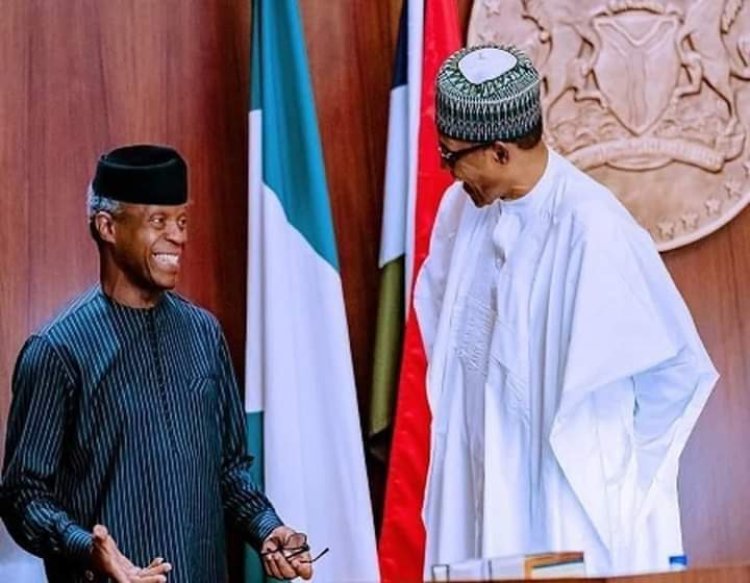 President Muhammadu Buhari during the Federal Executive Council meeting on Wednesday ordered all cabinet members who are nursing political ambitions to resign their appointments on or before May 16th 2022.

Daily Trust had earlier reported that about nine ministers have the option of either resigning or dropping their ambitions.

Ministers who have resigned include, Emeka Nwajiuba (Education), Godswill Obot Akpabio (Niger Delta), and Ogbonnaya Onu (Science and technology) have tendered their resignation in compliance with the president’s directive to pursue their presidential ambition.

However Nigerians have reacted to the directive with mixed reactions. While some commended the president for taking the bold decision by asking his ministers to resign, others queried why the president’s directive excluded the Vice President Professor Yemi Osinbajo.

Announcing the directive on his Twitter handle, the Special Assistant to the President on New and Digital Media, Mr. Tolu Ogunlesi, said Buhari’s directive was expected to be obeyed by members of the Federal Executive Council.

However replying to the the tweet, many Nigerians asked whether the vice president was included while others asked why Tolu Ogunlesi excluded the vice president’s name.
Taking to his twitter, a presidential aspirant, Omoloye Sowore, said “@ProfOsinbajo MUST resign as well so that there is a level playing field for all aspirants.”

A Twitter user oluwa_samuel replied by saying “even the vice president will resign?”
Another Twitter user @Torudiye said “Section 84 (12) is still misguided ultimately..so candidates like Lawan, Fayemi VP, Ayade VP and others freely use their office and it’s influence but not ministers.”

In the same vein @Sondefrancis replied to Ogunlesi’s tweet, saying the “VP nko (What of the VP)?”

Similarly, one Frankie also asked on Twitter “Including the VP?”

“So VP will have to resign… interesting,” another Twitter user, Harrison Akadidi, tweeted.

Many Nigerians are demanding the Osinbajo’s resignation on the grounds that he is a member of the Federal Executive Council (FEC).

On the basis that Vice President Yemi Osinbajo ran on the same ticket under the All Progressives Congress with President Muhammadu Buhari automatically qualifies him to be exempted from the directive of the president.

As such, by running on the same ticket, Osinbajo becomes an elective member of the Federal Executive Council alongside the president, and not an appointed cabinet member.

FEC is chaired by the president, but in his absence, the vice president takes over proceedings.

The council consists of federal and state ministers spread across the 36 states of the federation including the federal capital territory.

The president’s directive was premised on Section 84(12) of the Electoral Act, 2022, which states “No political appointee at any level shall be a voting delegate or be voted for at the convention or congress of any political party for the purpose of the nomination of candidates for any election.”

Breakdown of the section 84(12), entails that political appointees are expected to resign their appointment to be eligible as delegates in a political convention or candidates in an election.

The section also stipulates the penalty for political parties that nominate political appointees who did not resign.

Section 84(13) also states that: “Where a political party fails to comply with the provisions of this act in the conduct of its primaries, its candidate for the election shall not be included in the election for the particular position in issue.”

Before the newly amended electoral act, many politicians were guided by the provisions of the 1999 Constitution as amended.

These sections in the 1999 constitution make use of the phrase “being employed in the public service of the federation or any state”.

Some analysts have argued that since political appointees are paid from the public funds, it is logical to conclude that they are “employed” in public service.

Ministers, commissioners, advisers, and ambassadors are also referred to as political appointees.

As such, the directive of the president is binding on all political appointees with the exception of Osinbajo who was elected on a joint ticket with Buhari. - Daily Trust