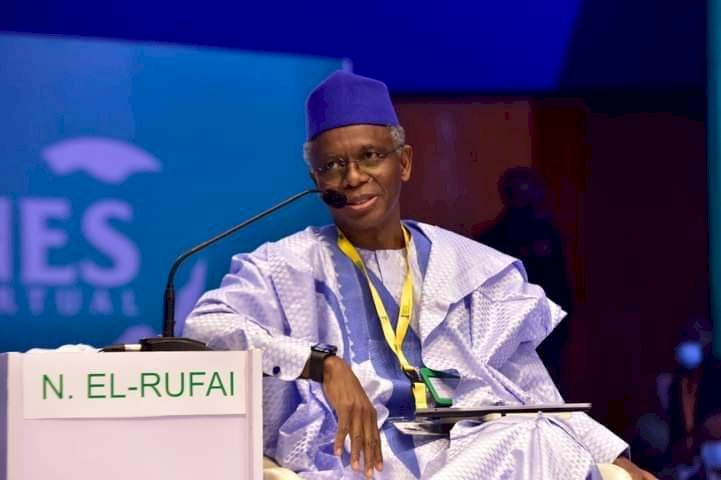 Kaduna State Governor, Nasir El-Rufai, has lamented that a sizable number of officers of the Nigeria Police Force who should be fighting criminal elements in the country are involved in non-police duties like carrying the bags of the wives of Very Important Personalities.
El-Rufai said he is frustrated over the killings in his state, adding that the situation at hand had overwhelmed the police.
He urged the National Assembly to see to the amendment of the Nigerian Constitution to give states control of the police.
The governor argued that the state governments are presently responsible for the day-to-day operational cost of the police, insisting that the states can run the police.
El-Rufai spoke on Monday night while featuring on Channels Television’s Politics Today programme.
He said, “We’ve always made a very strong argument that one centralised police in a federation does not work. Nigeria is the only country in the world that is a federation that has only one police force.
“We have made the argument that states should be allowed to have their police and that even local governments should be allowed to have their community policing.
“The number of policemen we have in Nigeria is inadequate; it is less than half of what we need, and a lot of them are engaged in non-police duties like carrying the handbags of the wives of very important people.
“We need to have a large footprint of policing in Nigeria and the only way to achieve that in a fast-track manner is to amend the constitution and put police on the concurrent list as recommended by the APC True Federalism Committee so that we have more police.
“In any case today, more state governments are responsible for the running cost of the police. The Federal Government only pays the salaries of the policemen, but the running cost, the logistics, their vehicles, their fuel are all the responsibilities of state governments.
“So, what are we afraid of? Let us amend the constitution and allow state policing and in fact, go further and allow the local governments to have their police. That way, we will have more security footprints.”
There are over 300,000 policemen in the country, but a number of them are attached to VIPs and government officials.