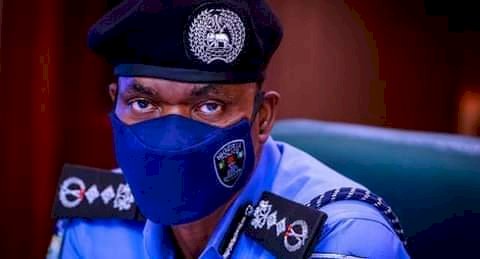 On the 31/10/2020 at about 8:32am,there was a distress call that suspected robbers armed with dangerous weapons were operating at Abagana end of Nimo junction in Njikoka LGA of Anambra State.

Following the distress call, Police operatives attached to Abagana division in conjunction with local vigilante group from umudunu village quickly responded and rushed to the scene.As a result,two suspects were arrested as follows,

Meanwhile,exhibits recovered in their possesions includes two pump action gun,one short double barrel gun,three catriges and one Keke tricycle.Case under investigation after which suspects would be charge to court for prosecution.