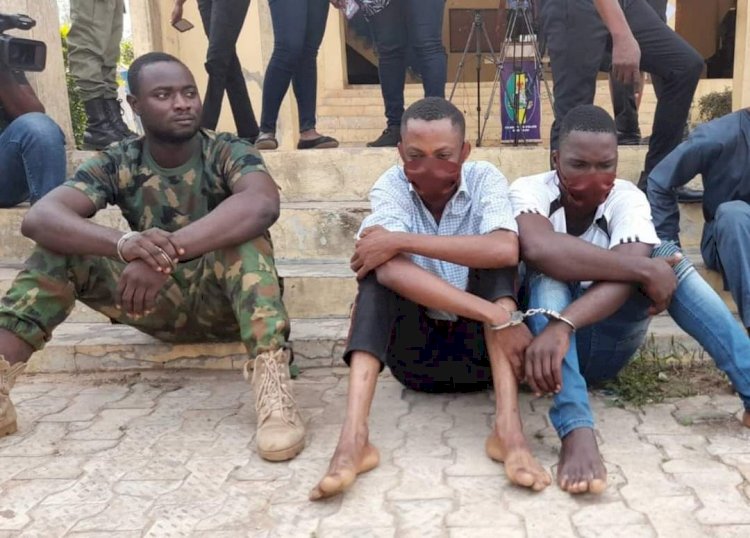 While the police constable is attached to Olofin Police Station in Idanre local government area of the state, Victor is serving with the 32 Artillery Brigade, Nigeria Army, Owena Cantonment, Akure.

The duo were arrested at Ojadale junction in Idanre where they attacked, robbed and disposed some people of their property and money. The two suspects were reportedly armed with a jackknife and other dangerous weapons while some items were reportedly stolen from their victims were found on them.

Some of the items recovered from them include N6,000, a phone valued at N8500, 30 litres of petrol and the sum of N125,000. Speaking on their arrest, the Ondo State Police Commissioner, Bolaji Salami, said David had earlier stole a motorcycle at his duty post before joining Victor in the armed robbery.
.
.
“He was being tried for that motorcycle theft when he was caught conspiring with a soldier to rob some people with a dagger. We paraded them and the victims identified them,” he said.

Igbo Will Always Be Part Of Nigeria – Ohanaeze