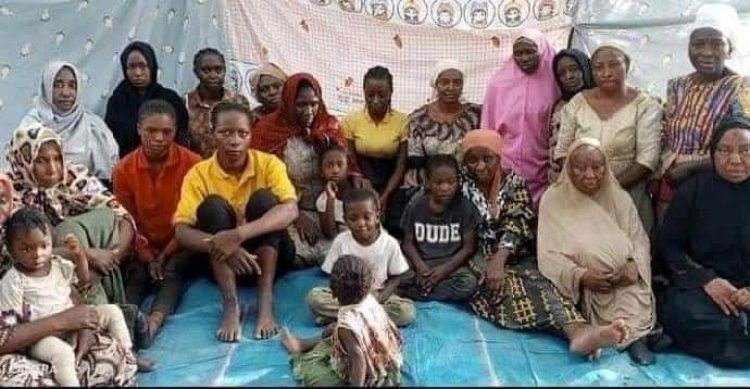 The armed gang which captured some train passengers in Kaduna on March 28, 2022, have released pictures of the victims.

The pictures were released two weeks after a video of the captives went viral on social media.

In the video, the armed men had threatened to kill the passengers if the federal government did not meet their demands.

Shortly after the footage was made public, relatives of the victims appealed to the Federal Government to do everything possible to ensure the release of their loved ones, but the passengers have been in captivity ever since.

In one the released photographs, nearly 20 men were seen in a strange environment while another picture captured at least 18 women with five children.