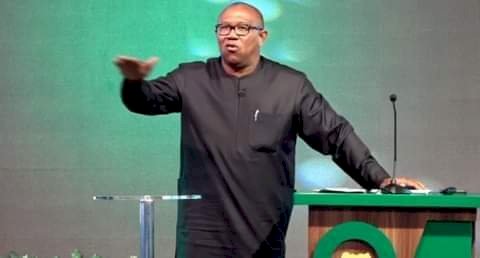 Peter Obi, former governor of Anambra state, says Nigeria will not develop and prosper with a large rising poor population.

According to a report released by the National Bureau of Statistics (NBS) in May, 82.9 million Nigerians are living in poverty.

This figure represents 40.09 percent of the total population and excludes Borno which has been ravaged by insurgency.

In a statement to mark the World Poverty Day on Monday, Obi said the growing poverty rate in the country should worry every concerned leader because there will not be growth under the situation.

The former governor asked government agencies, organisations and wealthy people to work together in combating poverty and reducing it to the barest minimum “so as to have safe environment”.

“Poverty is dehumanizing, it is therefore left for humanity to create a better world by putting measures in place to eradicate poverty and give everyone the chance to live a meaningful life,” Valentine Obienyem, Obi’s media aide, quoted him as saying.

With more than 15 million children out of school, Obi said the government could not continue to turn a blind eye “to such depressing situation”.

“To combat poverty in Nigeria, organizations and wealthy individuals must deploy their resources to support government investments in these critical areas,” the former governor said.

“May we not forget the words of Our Lord Jesus Christ that ‘Whatsoever you do to the least of my brothers, that you do unto me.’ We need to understand that the job of poverty eradication and ensuring a better society is for all of us.”

JOE IGBOKWE: WHEN IT’S A CRIME TO LOVE BUHARI, NIGERIA...