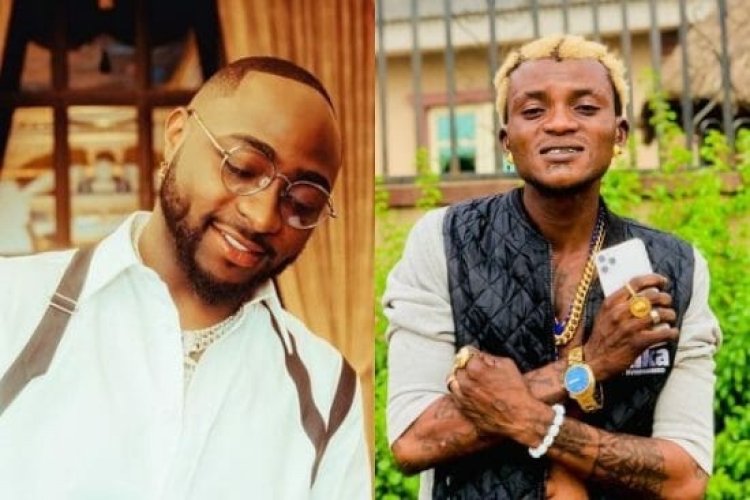 Davido and Portable are currently in Osun campaigning ahead of Saturday’s governorship election.

While Davido is campaigning for Senator Ademola Adeleke of the Peoples Democratic Party (PDP), who is his uncle, Portable is rooting for Governor Gboyega Oyetola of the All Progressives Congress (APC).

Both Adeleke and Oyetola squared off in 2018.

The singers featured prominently in the final rallies of the APC and PDP for the 2022 election.

Davido caused a stir on social media after he was spotted leading prayers ahead of the campaign rally.

While there were reactions to the picture where Portable off his shorts and clothes while holding the symbol of APC, ‘the broom’ on a statute of the late Obafemi Awolowo, Premier of Western Region.

His link up with the governor obviously didn’t go unnoticed by Davido’s fans who promised to unfollow him and report his account.

Reacting to the backlash, Portable told critics to allow him enjoy the proceeds of his political endorsement in peace.

He said he is obliged to support any political party that pays him for endorsement stunts.

The ‘wahala’ singer recalled how the PDP neglected him even after he made a song titled: “Ademola Adeleke” to promote their governorship candidate four years ago.