Ondo State Governor has asked all fulani herdsmen to vacate ondo forests within 7 days, starting from today 18th of january, 2020 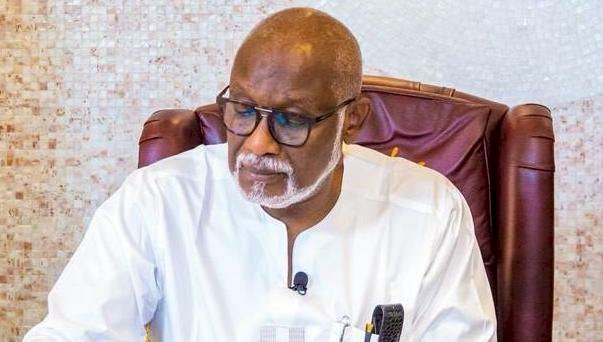 Ondo State Governor has asked all fulani herdsmen to vacate ondo forests within 7 days, starting from today 18th of january, 2020

The Governor of Ondo State, Rotimi Akeredolu, has asked all Fulani herdsmen in Ondo State to vacate forest reserves within the state. He also issued a seven-day ultimatum to the herdsmen.

The governor gave the ultimatum on Monday while meeting with leaders of Hausa/Fulani and Ebira Communities in the state.

The meeting held at the Cocoa Conference Hall of the Governor’s office, Alagabaka, Akure, the state capital.

Mr Akeredolu said the activities of the herdsmen have long been causing a threat to security in the state.

He also shared his statement on his official Twitter handle.

“Today we have taken major steps at addressing the root cause of kidnapping, in particular, and other nefarious activities detailed and documented in security reports, the press and debriefings from victims of kidnap cases in Ondo State.”

“These unfortunate incidents are traceable to the activities of some bad elements masquerading as herdsmen. These felons have turned our forest reserves into hideouts for keeping victims of kidnapping, negotiating for ransom and carrying out other criminal activities.”

“As the Chief Law and Security Officer of the State, it is my constitutional obligation to do everything lawful to protect the lives and property of all residents of the State. In light of the foregoing, the following orders are hereby issued:

1. All Forest Reserves in the State are to be vacated by herdsmen within the next 7 days with effect from today, Monday 18th January, 2021.

2. Night-grazing is banned with immediate effect because most farm destruction takes place at night.

3. Movement of cattle within cities and highways is prohibited.

4. Under-aged grazing of cattle is outlawed.

“Our resolution to guarantee the safety of lives and property within the State shall remain utmost as security agencies have been directed to enforce the ban.

“In its usual magnanimity, our administration will give a grace period of seven days for those who wish to carry on with their cattle-rearing business to register with appropriate authority.

Fulani herdsmen are also members of the most strongest religion if not the strongest in west africa, that is Islamic religioun.

Eviction of fulani muslims by the yorubas in future time can result in religious tension between them as members of their faith may reciprogate thesame gesture in their own territories, because there are also yorubas all over the northern Nigeria, some even lives in the Muslim northern rural communities.

Daily Trust reports that the Governor had during the armed force Remembrance Day held last week urged the Nigerian Armed forces and other security agencies to collaborate with the State Security Network known as Amotekun Corps.

Governor Akeredolu confirms his commitment to Amotekun, says "Amotekun has come to stay”

Governor Akeredolu, who insisted that the security outfit has come to stay, said members of the Amotekun Corps have local knowledge and are familiar with terrains in the state.

The Governor assured that there would be no confrontation as the Amotekun Corps could offer useful and timely intelligence.

“They are the ones in the bush to pass intelligence to us. They know the indigenes and can easily identify strangers within their vicinity.

“There is also need for proper policing of every nook and cranny of the country. The regular Nigeria Police force cannot do it alone.

“Other security agencies must step in to secure the country. There must be a collaborative effort, we must all work together.

“Policing must be technologically aided. We must have state police in this country. I encourage our armed forces to collaborate with State-based security outfit like the Amotekun Corps. Let us work together.