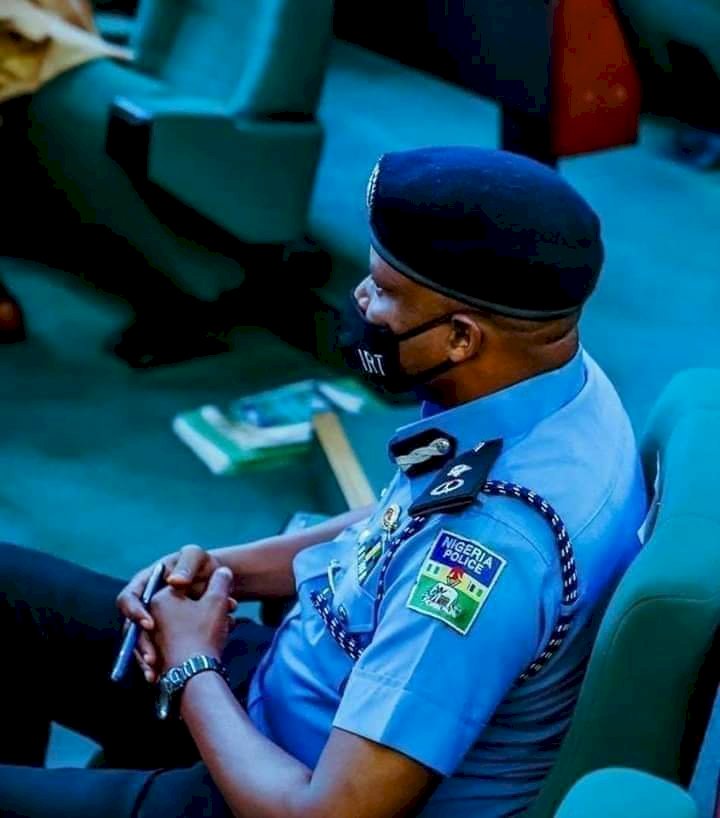 The Coalition of Northern Groups (CNG) and other Arewa Civil Society Organisations (CSOs) have demanded a review of the suspension of DCP Abba Kyari.
The Police Service Commission had suspended Kyari following his indictment by the FBI.
ALSO READ NAF Fighter Jet Foils Kidnap Attempt, Rescues 16 Captives In Zamfara
The FBI had alleged that suspected billionaire fraudster, Ramon Abbas, better known as Hushpuppi, paid a bribe to Kyari, an allegation the police officer denied.
The police had set up a panel to probe Kyari while he was replaced as head of the Intelligence Response team of the force.
At its meeting on Sunday, the coalition demanded an  immediate transfer of Kyari’s case to the Nigeria Intelligence Agency (NIA).
The communique read to journalists at the end of the meeting on Sunday said the joint CNG, CSOs and NGOs meeting was called out of concern about the deteriorating security situation and other threats to education and personal integrity and liberty of eminent northerners.
Reading the communique signed by leaders of CNG and eight other organizations, the CNG spokesman, Abdulazeez Sulieman, said the Roundtable deliberated primarily on three key issues that involve Abba Kyari/FBI saga, current security challenges and voter registration apathy.
Suleiman stated that both the FBI and the Nigerian Police authority have outrightly breached Kyari’s fundamental right to fair hearing by not allowing him the benefit of being heard before the “hasty actions against him”.
According to them, “Participants at the roundtable critically reviewed the events that have unfolded  since the reports of a purported indictment of Deputy Commissioner of Police, Abba Kyari by a United States Court for involvement in charges filed by the Federal Bureau of Investigations (FBI) against a suspected fraudster, Ramon Abbas Hushpuppi.
“The Roundtable specifically noted several procedural lapses bordering on breaches of international protocol in the supposed FBI attempt to wrap DCP Kyari in the Hushpuppi affair, as well as the obvious haste by the Nigeria Police authorities to strip him of his position with an immediate replacement.
“That the FBI, an acclaimed American security agency, might invariably have breached the global standard legal and diplomatic practice by neglecting to contact either the Nigerian High Commission in the US or the Nigerian authorities through the FBI liaison offices based in Nigeria before going ahead to file an indictment of a top Nigerian Security Officer.
“That the FBI might have breached another fundamental criminal justice procedure by not according Mr Kyari the benefit of being heard before going ahead with the purported indictment by an American Court in the US for an offence purportedly committed in Nigeria, triable under Nigerian laws, by Nigerian courts and on Nigerian land.
“A breach of decorum and negligence of procedure might have also occurred when the FBI hurriedly published the purported indictment online without first intimating the Nigerian authorities.
“The Roundtable also raised questions on the apparent haste with which Kyari was suspended and an immediate substantive replacement named by the Nigerian police authorities, an outright breach of Mr Kyari’s fundamental right to fair hearing by both the FBI and the Nigerian police authorities by not allowing him the benefit of being heard before the hasty actions against him, the groups said.
On the state of insecurity in the North and its impact on education, which has led to closure if schools and distorted academic calendar, the groups called on the Federal, states and local governments to demonstrate more zeal to securing the continuation of learning in the region by providing adequate protection for school environments.
The groups also called on northerners to discard the current registration apathy, saying they can only change a poor or bad leadership by doing what they did in 2015 with their Permanent Voter Cards.
They also called on all northern legislators and leaders to remain vigilant over concerns of what they described as “sabotage deliberately aimed at crippling the voter strength of the region”.