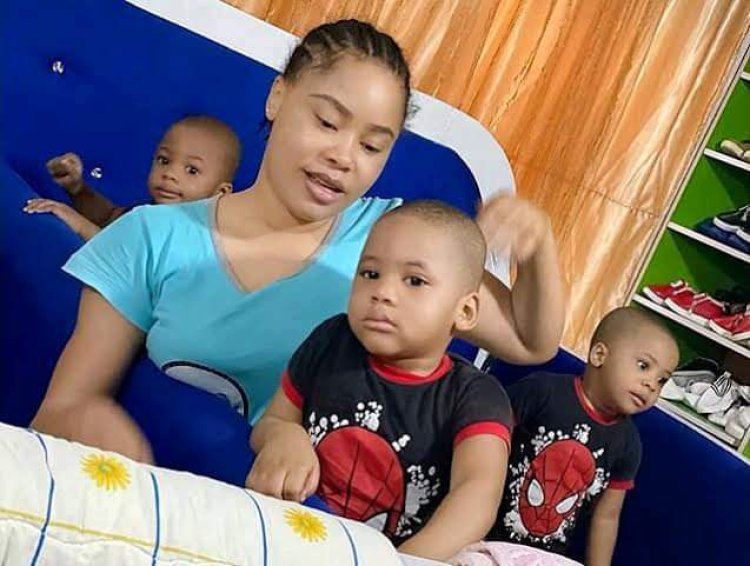 Precious Chikwendu, a beauty queen, has opened up on the experience with her estranged husband and former Minister of Aviation, Femi Fani-Kayode.

Speaking in an interview with media personality, Chude Jideonwo, she described the marriage as a violent one, describing how some persons, including Nnamdi Kanu, leader of the outlawed Indigenous People of Biafra (IPOB), tried to settle the rift.

The couple, who got married in 2014, went their separate ways in September 2020, over alleged domestic violence and infidelity.

Since then, they have been in and out of courts and have made headlines.

Chikwendu said she could have walked out of the marriage earlier than she did but endured because of her children.

She said, “Even at the course of the embryo implanting in me, I had the most violent experience, beatings and punches and he will tell me that he would get rid of me. He will ask his bodyguards to take me and lock me up inside.”

“The Dasukis have been involved, both Colonel Dasuki Sambo and his wife have been involved. Nnamdi Kanu, even at some point, has called me to plead with me. I got a call from late T. B Joshua to at least come over to Lagos, that he wants to settle the issue.

“The first thing he is going to ask is for a picture to debunk stories, that’s the first thing he does; whenever there’s a fight… He says it’s a cultural thing for the Igbo to be rude and that is why we don’t have a hierarchy. I heard all of that from him. Even the staff in the house, that you are an Igbo staff is a problem. He says ‘that Igbo boy, I don’t like him, sack him’.”

The woman also lamented over her inability to see her children since the union crashed over a year ago.

“The children are with him, I haven’t seen them since August 2nd, 2020. The court didn’t grant him custody. I’m physically prevented from seeing them. Most times, I would agitate because my kids are in there, I can’t leave.”

“I don’t know where my kids are, I don’t know the school he changed my sons to. I’m told they go to school. The last time I filed a suit in court, they said the children are in school and they are okay,” shed said.