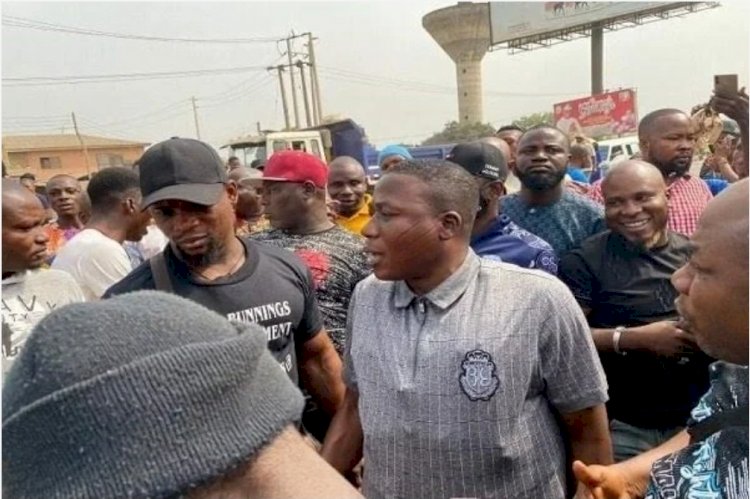 The National Association of Nigerian Students (NANS), on Tuesday, urged an activist, Sunday Adeyemo, popularly known as Sunday Igboho, to review his strategy by dialoging with relevant stakeholders in Southwest in order to find lasting solutions to the activities of killer-herdsmen in Yorubaland.

This, the students’ body noted becomes imperative “so as not to set the entire Southwest region on fire and cause anarchy.”

Igboho had, on Monday, stormed troubled areas in Yewaland, Ogun State, in continuation of his anti-killer herdsmen battle in Yorubaland.

Addressing newsmen in Abeokuta on Tuesday, the Chairman of NANS/Ogun Joint Campus Committee (JCC), Kehinde Damilola Simeon, urged him to liaise with the appropriate authorities to avoid a major disaster.

Simeon also called on the state government to consider registration of all herdsmen within the borders of Ogun state, ban open grazing and fast track the inauguration of the Amotekun Corps in order to further combat insecurity around the campuses.

“We understand Igboho, but it is our view that he should meet with Yoruba leaders, Afenifere and other stakeholders.

“This has become important so as not to set the entire South-West region on fire and cause anarchy.

“We observe that, Igboho’s strategy, if not reviewed, may lead to ethnic or tribal war.

“We therefore urge him to liaise with the appropriate authorities to avoid a major disaster,” he said.

The NANS Chairman called on the government to increase allocation to education sector and subventions to institutions in the sector to avoid overburdened charges on students.

“It is important to note that the government must urgently come to the rescue of the schools who have shut down for over nine months and during which the schools were not making any income.

“We know that the schools may want to put the burden of running the schools on students and we consider this very unacceptable.

“Therefore, the government must come to rescue of the schools by releasing more funds to enable them run adequately,” he said.

Tofa: If Revenge On Southerners Begins In The North, It Will Be Difficult To Control